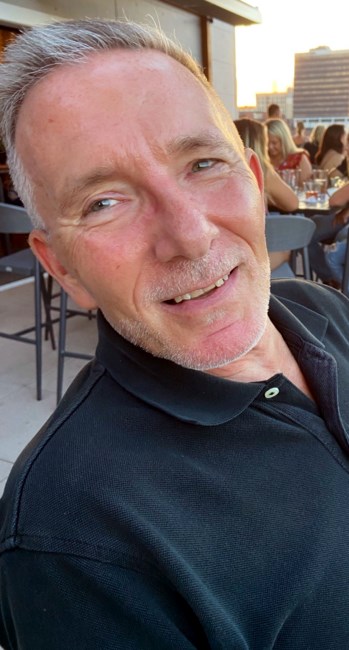 Lawrence “Larry” Steven Lacina, 65, passed away peacefully on Sunday, August 7, 2022 at his residence. Born on February 9, 1957 in Chicago, Illinois, he was the son of the late Lawrence R. Lacina and Barbara Soustek Lacina. Larry moved to Virginia 35 years ago but always considered Chicago home. He was a lifelong democrat and was very politically involved. Prior to retirement, He worked for Dominion Day Services as a social work administrator and made a huge impact in the lives of the people he worked with over the years. He earned his Bachelor’s Degree at Washington and Lee University and over the years fell in love with the Blue Ridge Parkway and the mountains. He is survived by his wife, Christina Delzingaro; daughter Dia Lacina; his brother, Steven Lacina; and his cousin, Dr. Laurie Logan who the family would like to thank for all of her support. The family would like to express their heartfelt appreciation for the care and love that Larry received from Dr. Cecilia McCallum and the incredible nurses at Alan B. Pearson Regional Cancer Center, Centra ICU and Centra Hospice. Services will be private. Those wishing to make memorial contributions in Larry’s name are asked to consider the National Resources Defense Fund, 40 W. 20th Street, 11th Floor, New York, NY 10011.
VOIR PLUS VOIR MOINS