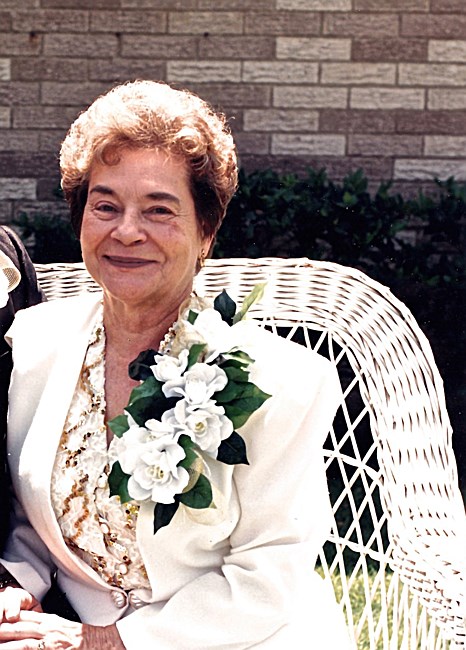 Marjorie Elaine (Fisher)Hensel was born to Joseph Paul Fisher and Kathryn Constance (O’Konek) Fisher on August 19, 1925, in Minneapolis, Minnesota. Marge entered into eternal rest on November 11, 2021, in Bedford Texas. She married Ralph Wilbur Hensel on September 4, 1944. They were blessed with five daughters and one son: Diane, William, Bonnie, Sandra, Sharon and Kathryn. The family moved to Grand Prairie in 1952, where they lived for many years and were active members of Immaculate Conception Catholic Church, and eventually moved to Trinidad, TX on Cedar Creek Lake and became members of Saint Jude’s Catholic Church.

Marge was employed as an inspector of military airplane parts during WWII after high school and eventually started working at Grand Prairie State Bank in the note department in the mid 50’s. After graduating college from Dallas Baptist Magna Cum Laude at age 53, with a BBA in Banking, she transferred to Mercantile State Bank where she continued working MasterCard. She was elected to the National Board of the American Institute of Banking. She was also a real estate broker. After retirement, she took on the role of secretary for Father Andrew Melel at St. Jude’s. In High School, Marge was a member of the Ten High Girls. In Texas, she was involved with Camp Fire Girls, CYO, PTA, Altar Society, Ladies Guild, and Food Pantry.

Fond memories and expressions of sympathy may be shared at www.eubankcedarcreek.com for the Hensel family.