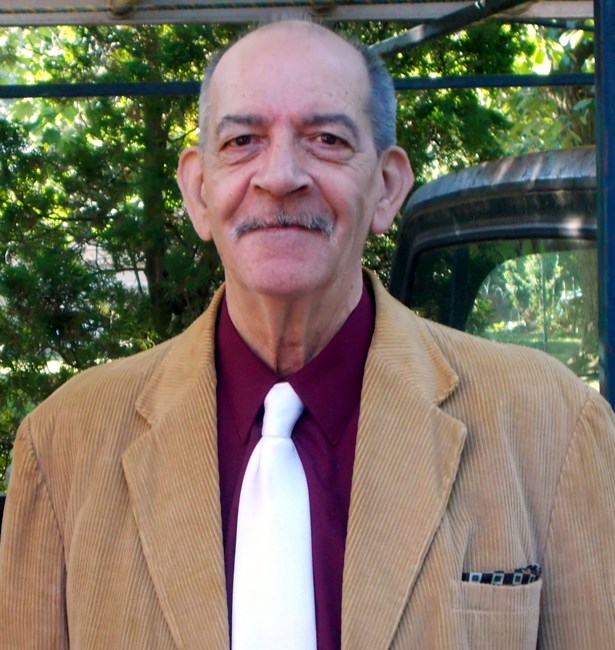 James Laverne Jordan, 81, of Amherst, passed away peacefully on Tuesday, September 27, 2022 at his residence. Born on March 9, 1941 in Lynchburg, he was the son of the late Robert Q. Jordan and Elva P. Jordan. In addition to his parents, he was preceded in death by his high school sweetheart and wife of 22 years, Mabel Jones Jordan; two brothers Major Elmore P. Jordan and Robert L. Jordan; and one sister, Margaret P. Stratton. James accepted Christ at an early age and was baptized and became a member of Rose Chapel Baptist Church. James was a proud veteran of the United States Army and retired from Burlington Industries where he drove tractor trailers for many years. Left to cherish his memories are four step-children; Charlie B. Jones of Amherst, Craig Jones of Amherst, April Shepherd and her husband Ricky of Madison Heights, Stacy Jones of Lynchburg; five brothers, Charles W. Jordan of California, Norman A. Jordan of Boise, ID., Phillip D. Jordan of Richmond, Stewart D. Jordan of Raleigh, NC, Danny A. Jordan of Madison Heights; and seven grandchildren and numerous great-grandchildren. He will be remembered for his kind heart and love for family. The family will receive friends on Tuesday, October 4, 2022 from 6:00 p.m. – 7:30 p.m. at Whitten Monelison Chapel. In lieu of flowers, the family requests memorial contributions be made to The Veteran’s Council, 1301 Greenview Drive, Lynchburg VA, 24572.
VOIR PLUS VOIR MOINS