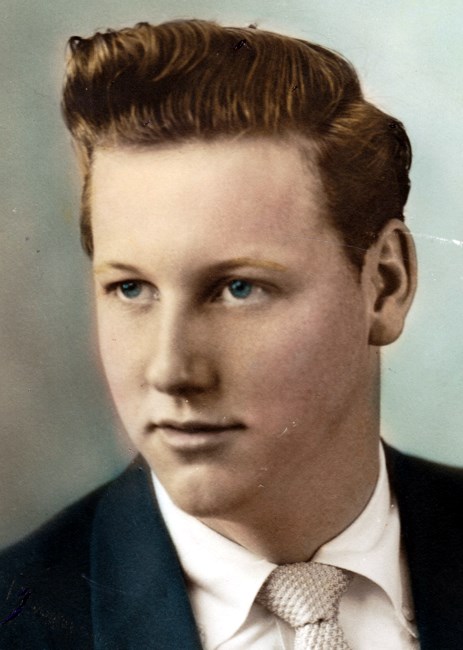 Maurice J. Gosselin, 84, of Manchester, died December 11, 2017 at the Hanover Hill Healthcare Center after a lengthy illness. He was born in Manchester on December 20, 1932 the son of George and Laura (Guillemette) Gosselin and was a lifelong resident of the Queen City. He was educated in the local school system and was a graduate of Manchester High School Central. He was a proud veteran of the US Army serving during the Korean Crisis. He was employed by the Manchester Water Works Department as a water meter reader/repairman with over 35 years of service. Maurice was a quiet, simple man who enjoyed photography, cooking and especially watching cooking shows in an attempt to perfect his skills. He will be fondly remembered as a loving and devoted son, brother and uncle. He was predeceased by his brothers Romeo Gosselin, Robert Gosselin and Albert Gosselin and by his sisters Juliette Quilter and NoellaGosselin. Members of his family include his brother Louis Gosselin of Manchester as well as several nieces, nephews and cousins. Visitation was be held on Thursday December 21 from 3 to 6 pm at the McHugh Funeral Home 283 Hanover St. corner of Beech St. in Manchester. A Mass of Christian Burial was celebrated on Friday December 22 at 11 am at St. Anne/St. Augustin Church 382 Beech St. Manchester. Burial with military honors followed in St. Augustin Cemetery. In lieu of flowers, the family requests that memorial donations in Maurice’s name be made to St. Anne/St. Augustin Church.
VOIR PLUS VOIR MOINS