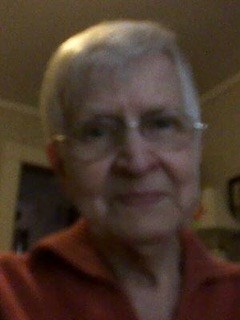 Shirley Irene Doward, 82, of Manchester died June 4, 2017 at Catholic Medical Center after a short illness.She was born in Lynn, Massachusetts on February 21, 1935, the daughter of Arthur ""Red"" Cross and Daisy Dunlop Cross. She grew up in Lynn and was educated in the local school system. She relocated with her family to Manchester in 1973. She worked many years as a waitress at several different area restaurants. She loved doing crafts and spending time with her family. She will be fondly remembered as a loving and devoted wife, grandmother and great-grandmother.She was predeceased by her husband, James in December 2014, her daughter, Janice Doward in December 2004, and by her son, John Doward in July 2014. Members of her family include her two sons, Donald Doward and his wife, Thea of Tewksbury, Massachusetts and Roger Doward and his wife, Judy of North Fort Myers, Florida; her daughter Joan Brand and her husband Joseph of Epsom; her eight grandchildren and sixteen great-grandchildren; as well as several nieces, nephews and cousins. Siblings include her brother Edward Cross and his wife Joyce of Kissimmee, Florida and her sister Joan Cotton and her husband David of The Colony, Texas. Visitation will be held on Friday, June 9, 2017 from 9:30 a.m. to 12:30 p.m. at the McHugh Funeral Home, 283 Hanover Street, corner of Beech Street in Manchester, followed by a burial service at Pine Grove Cemetery.In lieu of flowers, the family requests that memorial donations in Shirley's name be made to Manchester VNA Home Health and Hospice Services, Inc., 33 Commercial Street, Suite 401, Manchester, NH 03104 or to the American Cancer Society , 2 Commerce Drive, Suite 110, Bedford, NH 03110. Arrangements under the direction of McHugh Funeral Home and Cremation Service, Manchester, NH.
VOIR PLUS VOIR MOINS