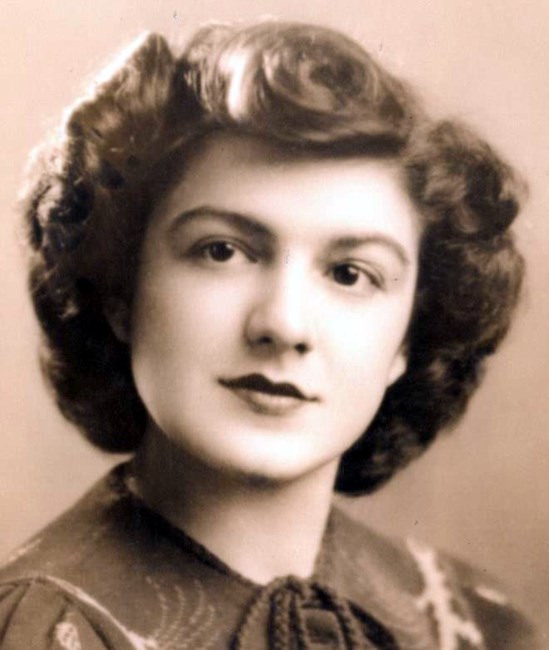 Virginia “Ginny” Joy Kallas, 89, of Brooklyn, NY passed away peacefully in her sleep on December 3, 2017. She was born in Clinton, MA on February 25, 1928 to Nicholas Papadopoulos and Joy (Zoi Gramatikas) Papadopoulos. Virginia was raised in Manchester, NH until she attended Boston University, where she received a BA in Biology in 1949, later obtaining an MS in Education from Brooklyn College in 1971. In 1950, Virginia married her husband of 64 years (Lt. Col. Charles Kyrie Kallas), and they moved to Brooklyn, NY to raise a family. She was a devoted NYC public school teacher. During her 22 years of teaching elementary school, the majority of her educational career was spent at P.S. 255 in the Midwood section of Brooklyn. Prior to her retirement in 1983 she specialized as a remedial reading teacher, helping young children with dyslexia and other learning disabilities. A lifelong assiduous student, Virginia taught herself the computer skills needed to help modernize her and her husband’s commercial real estate business in the 1980s. Once her children were grown she enjoyed traveling throughout the Americas, Europe, Africa, Asia and Australia. She attended the opera, theater and ballet avidly. From early childhood through this past August, Virginia spent her summers in Hampton, NH. For many years she owned and operated a bungalow colony, Ginny’s Place, in Hampton Beach, and eventually moved just north to her beloved beach home in Plaice Cove, literally “a stone’s throw” from the shoreline. She is survived by her children: Anthony Homer Kallas and his wife Matilda Kallas of Arlington, MA; Ianthe Kallas-Bortz of Brooklyn, NY; Nicholas Orion Kallas and his wife Jodie Kallas of Lynbrook, NY, Thalia Loffredo of New York, NY and Bambang Santoso and his wife Dee Santoso. She is also survived by her grandchildren: Dominic Hement Kallas, Raquel Forsythia Kallas, Zoe Sara Bortz, Cena Ari Loffredo, Kira Elysia Kallas, Theodore Ellis Bortz, Patrick William Santoso and Kate Erin Santoso. Visitation was held on Friday, December 8th from 3 to 7pm at McHugh Funeral Home 283 Hanover St. corner of Beech St. Manchester, NH. The Trisagion Service was held at 6pm. A Funeral Service was celebrated on Saturday, December 9th at 10am at St. George Greek Orthodox Cathedral 650 Hanover St. Manchester, NH. Burial followed at Hampton Cemetery, High Street, Hampton, NH. In lieu of flowers, the family requests that memorial donations in Virginia’s name be made in support of Dr. Dana Leifer and Dr. Robert Kim at Weill Cornell Medicine. Tax deductible gifts by check can be made out to Weill Cornell Medical College at: Office of External Affairs, 1300 York Avenue, Box 314, New York, NY 10065 or online at give.weill.cornell.edu. For all gifts, please indicate that your gift is in memory of “Virginia Kallas in support of Drs. Dana Leifer and Robert Kim.”
VOIR PLUS VOIR MOINS