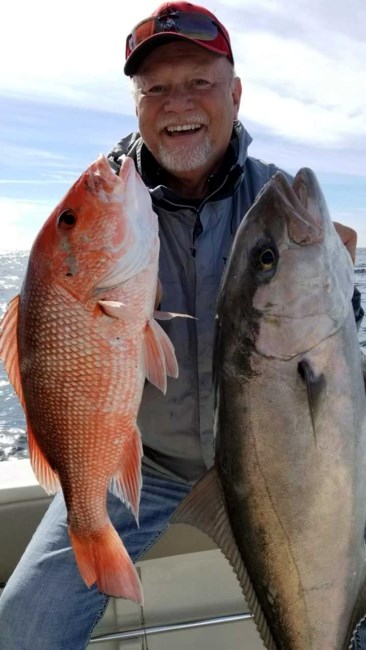 Daniel Barry Hood, born in Marietta, Georgia, in 1954, passed away peacefully on Saturday, September 24, 2022. Danny was a living legacy to his mentor, his father, Harold Hood Sr. Even though Danny was the youngest, he was the big brother to all. Soon after receiving his Bachelor of Business Administration degree from Georgia State University, Danny joined Corporate Travel International, where he began his international travel industry career. Danny, for decades, was a fixture in the corporate travel industry, working throughout the 1980s into the early 1990s as an executive at Corporate Travel International and, subsequently, American Express, following its acquisition of Corporate Travel International. He joined BCD Travel in 1993 as President of what was then called World Travel BTI and led the company through rapid domestic growth and international expansion. The success and partnerships he helped forge during these formative years laid the foundation for what is known today as BCD Travel. His expertise and leadership earned many recognitions, including induction into the Business Travel News Hall of Fame in 2013. Danny served as a mentor to others in his industry and was frequently sought for his wise ability to clarify and articulate the path forward. His success in the business world was not as important to him as was his success as a husband, father, beloved Grandfather “Poppi,” and friend. He was intensely curious about his interests and learned all he could about his many passions, including fishing, becoming a drop-shot tennis pro, golf, skiing, shopping, dancing, SEC/Falcons football, the beach, wine, and music. He loved all music, especially the music of his youth. He connected with the lyrics of artists like Dan Fogelberg and Don Henley. When he relaxed, he enjoyed listening to his music in his perfect backyard with a glass of wine and his dog, Henry. Taking his grandchildren to "Camp Poppi'' was one of his and the grandchildren's favorite things to do, but taking care of others was his calling. He was intensely involved in and protective of the people and issues he cared about. He was known for his incredible sense of humor and how he could draw joy from any situation. He forever touched those fortunate enough to know him or be in his presence. From humble beginnings, he rose to a position of prominence in his industry. Yet, he needed to give back and contribute in ways that impacted not only his family but also his community. Danny was blessed with a servant’s heart. He recognized that because he had been blessed with so much, it was his responsibility to take care of others in all the ways that he could. He volunteered, served on numerous charity boards, and generously donated to a wide range of charities. He counseled, he listened and comforted those who sought his guidance. He touched many lives and will be deeply missed by all. Danny is survived by his wife and high school sweetheart of forty-eight years, Sally Sentell Hood; daughters; Jessica (Greg) Nagle and Emily (FJ) Seeba; grandchildren, Zachary, Andrew, Mason, Millie, and Myles; brothers, Harold Hood Jr. and Rodney Hood; his favorite canine companion, Henry and many extended family members and friends to cherish his memory. He is preceded in death by his parents, Harold Hood Sr. and Betty Cox Hood. The family will lay him to rest privately with a public Celebration of Life to be held at a later date. As Danny would say, “Crank up the music.” To celebrate and honor Danny, donations may be made in his name to the Atlanta Humane Society, St. Jude Children’s Research Hospital, Atlanta Community Food Bank, or Smile Train. Please visit hmpattersoncantonhill.com to express condolences and share fond memories with the Hood family. HM Patterson and Son Canton Hill is honored to serve the Hood family during this difficult time.
VOIR PLUS VOIR MOINS