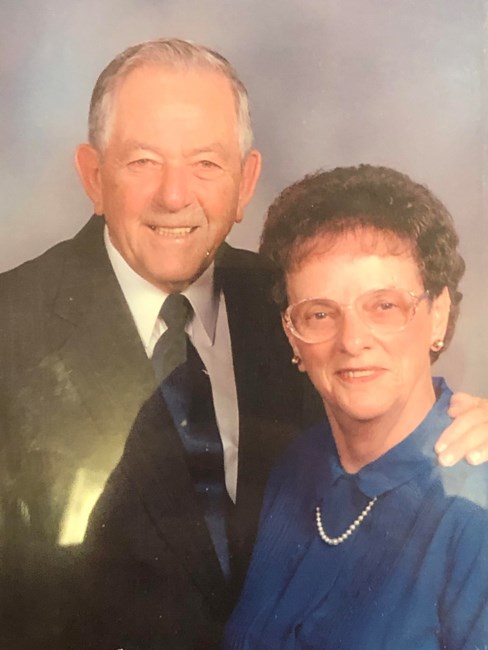 Barbara J. Paul, 92 of Warren and formerly of Markle, after a short fight with cancer, went to heaven on Sunday, January 3, 2021 to be with her beloved husband of 70 years, George R. Paul, and daughter, Terry Murray. Barbara was born on March 17, 1928 in Warren, Indiana, the daughter of the late Lee A. and Vida J. (Gossard) Boulware. She was united in marriage to George R. Paul on January 27, 1945. George preceded her in death on May 23, 2017. Survivors include a son: George (Ginger) Paul II of Jimmerson Lake, Angola; a daughter: Suzann Paul of Ossian; Son-In-Law: Darrell Murray of Bluffton; six grandchildren: Joey Yerkes of Ossian, Dr. Heather (Keith) Pepple of Plainwell, MI, Dr. George (Natalie) Paul III of Lagrange, IL, Jennifer Wendell of Bluffton, Matthew (Stephanie) Murray of Indianapolis, and Megan (Ryan) Wharry of Fort Wayne and eleven great grandchildren. Barbara was preceded in death by five siblings. There will be no formal funeral services. Barbara will be laid to rest by her children and grandchildren. Interment will take place at a later date at the Markle Cemetery. Memorial donations can be made out to Heritage Pointe of Warren (in thanks to the loving front line staff) in care of Myers Funeral Home, P.O. Box 403, Markle, IN 46770.
VOIR PLUS VOIR MOINS