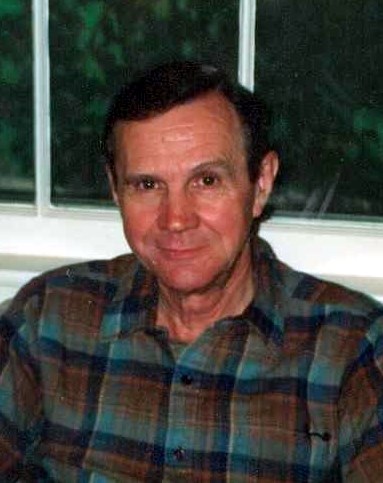 Harry Maxwell Little, 89, of Martinsville, Va. passed away on Friday, July 15, 2022. He was born on November 10, 1932 in Elkatawa (Breathitt County), Kentucky, to the late Leonard Little and Flossie Lewis Little. In addition to his parents, he was preceded in death by his wife, Sallie Elizabeth Holliday Little; sister, Betty Stacy; and nephew, Len Stacy. He is survived by his daughters, Susan Wimbish (Chuck) and Kay Martin (Mike); grandchildren, Chris Wimbish, Andrew Wimbish (Peyton), Brandon Wimbish, Emily Martin and Adam Martin; nephew, Alan Stacy (Karen). Harry proudly served in the Army during the Korean War. He married his high school sweetheart, Sallie, in 1955. He was a graduate of the University of Kentucky, and later earned his Master’s degree in Extension Education from Virginia Tech. He served 30 years as the Henry County Extension Agent and 4-H Leader. Harry had been dedicated to walking since 1980, and walked more than 58,000 miles. After his retirement he enjoyed flatfoot and ballroom dancing. He was also an avid fisherman and loved to hunt. Bee keeping and gardening were among his favorite hobbies. He loved helping people and making new friends. He will be remembered as a kind and compassionate Southern gentleman. His was “a life well lived.” A visitation will be held from 12:00 p.m. to 2:00 p.m. on Saturday, July 23, 2022 at Wesley Memorial United Methodist Church. A memorial service will be held at 2:00 p.m. and will be officiated by Reverend Chris Bennett and Reverend Tim Gearheart. A private graveside service will follow the memorial service. In lieu of flowers, please consider a donation to the Harry Little 4-H Scholarship Fund. Make checks payable to: Treasurer, VT and mail them to Virginia Cooperative Extension, P.O. Box 7, Collinsville, VA. 24078. Arrangements are by McKee-Stone Funeral Home-Martinsville, VA
VOIR PLUS VOIR MOINS