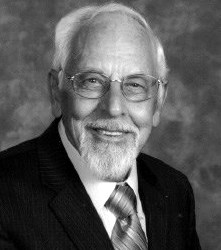 BREWSTER, Donald C., Sr., 87, of Gloucester, Va., passed away peacefully on December 13, 2017, after a courageous battle with cancer. He was born in Nottoway County, Va. on July 5, 1930. He was the son of Florence Peterson and Bruce Brewster. His mother died when he was 18 months old. He was preceded in death by his first wife, Jean Lukhard Brewster; his brother, Bob Brewster; and sister, Shirley Hamilton. Donald is survived by his wife, Jean Zuk Brewster; his sister, Dorothy DelVecchio; three sons, Donald Jr. of Gloucester, Darryl of Chesterfield and Warren of Mechanicsville, Va. Donald had five grandchildren and eight great- grandchildren. His family moved to Henrico County when he was six years old and he attended Longdale Elementary School. At age nine, he and his brother Bob attended St. Vincent’s School and Orphanage in Roanoke, Va. for three years. Then he lived with his father and his sisters and brother, where he attended Glen Allen High School. In 1947, he met Jean Lukhard and joined the Navy in 1948 and married Jean in 1950. Donald worked for the State Department of Taxation as a Real Estate Appraiser. In 1961, he was appointed Real Estate Assessor for the city of Charlottesville, Va. After leaving Charlottesville, he worked for the Redevelopment and Housing Authority in Richmond, Va. for 23 years, where he retired. He moved to Gloucester in 2004 and joined Reedswood Christian Church, where he attended faithfully. A service of celebrating Donald’s life will be held on Monday, December 18, at 1 p.m., at Woody Funeral Home, 9271 Shady Grove Rd., Mechanicsville, Va. 23116. Visitations will be on Sunday from 2 to 4 and Monday 11 a.m. to 1 p.m. Don’s final resting place will be in Forest Lawn Cemetery and Mausoleum, 4000 Pilots Ln., Richmond, Va. 23222. There will be a reception following the service hosted by Fairfield Presbyterian Church, 6930 Cold Harbor Rd., Mechanicsville, Va. 23111. In lieu of flowers, please contribute generously to your local chapter of the American Cancer Society.
VOIR PLUS VOIR MOINS