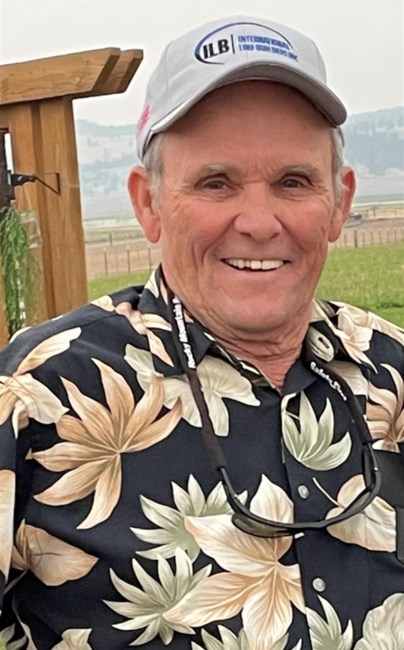 Danny W. Haggard, age 76, died peacefully at his home in Eagle Point, Oregon surrounded by his family on January 14, 2022, after bravely battling pneumonia following recent lung surgery. Dan was born on July 19th, 1945 in Taft California. He graduated high school in Anderson, California in 1965. Shortly after high school in1966, he began working on transmission towers for PG&E in Northern California. He joined the National Guard for a 6-year stint that lasted from 1967-1973. In 1970, he switched from working as a journeyman towerman to a journeyman lineman while working for PG&E. While taking a break from PG&E working as a journeyman lineman, he made a living commercial fishing the Pacific Ocean from 1974-1975. He then hired on with Pacific Power and Light in the fall of 1975. This is where he would spend the next 33 years working as a journeyman lineman until his retirement in 2008 from PP&L. He then spent several years working part time with his son in Northern California on powerline construction projects. Danny or Boone as she liked to call him, married Gail Fox in November of 1967 in Crescent City, California. They were married 54 years. Starting out living in Oroville, CA while working for PG&E, then moving to Talent, Oregon where they raised their three children and had a small cattle and haying operation. In 1995 they moved to the Klamath Falls area where they continued to raise cattle and hay. Danny and Gail sold their ranch in 2016 when they retired from ranching and moved to Eagle Point. He loved anything outdoors. You could find him King Salmon fishing the lower Rogue River in the summer, and deer and elk hunting in the fall in Northeastern Oregon. Hunting and fishing with his son was at the top of his list when it came to things he enjoyed. His great grandson was a recent fishing companion who loved catching fish with his Papa Dan. He also enjoyed shooting squeaks, going for drives to spot deer and elk, and a good football game on his comfy couch, all with his dog Wilson in tow. Some of his fondest memories with his daughters involved taking them all over the northwest junior and high school rodeoing during their teenage years. Once he and Gail retired, they traveled across the US in an RV with the dogs to visit distant family. His family will remember his infectious smile, sense of humor, lack of tolerance for any sort of wrongdoing and a finger point that carried more weight than any lecture or raise of the voice ever could. A very respected and infinitely loved man admired by us all. Dan is survived by his wife, Gail Haggard and their three children, Angie Hughes (Kevin), Heppner, Oregon, D.R. Haggard and Deanna Haggard Bustos; both of Eagle Point, Oregon, three granddaughters Jessica Hughes, Makenzi Hughes Evans and Payton Bustos Humphreys. He is also survived by one great grandson, Roane Bailey (Jessica), and brother Sam Haggard (Deann), Texas. He is proceeded in death by his parents, Harold Vernon and UyVonna Paden Haggard two brothers, Harold Ray and Jerry Dale Haggard. A celebration of life is scheduled for April 2nd, 2022 at 3 o’clock in the afternoon. It will be held at The Expo in Central Point, Oregon. Please feel free to come with fond memories and / or stories to share as we remember a wonderful man. Condolences may be offered to Gail Haggard at 350 S Obenchain, Eagle Point, Oregon 97524.
VOIR PLUS VOIR MOINS