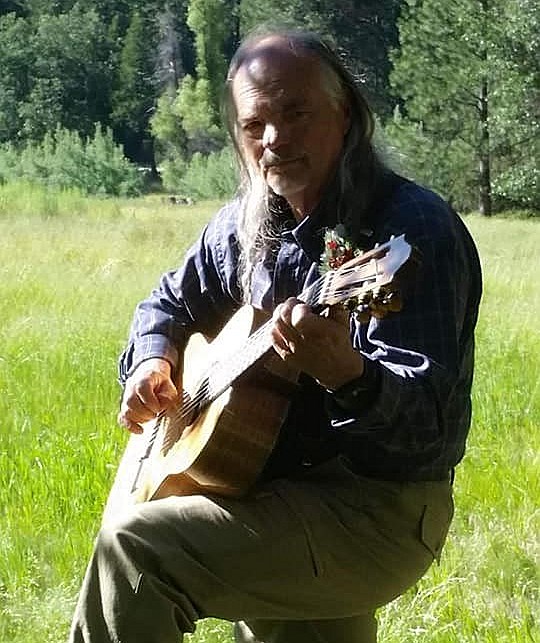 Joseph James Onzo Jr. was born on February 17, 1952 in San Francisco, California and passed away on September 3, 2020 in Merced, California where he lived for 31 years. After graduating from Atwater High School, Joe attended Sherman Music School in Chicago, IL. He played with several bands, including Astral Knight, Stroke, Living Waters and Barboza Brass. He performed with Merced Symphony Orchestra and joined with Preservation Big Band – The Best of Jazz for the grand opening of Merced Main Street Theater. Joe was an accomplished musician; he played the piano, guitar, violin and trumpet. He composed music and was a singer as well. Joe taught private music lessons for 42 years and was known as “An incredible teacher, a brilliant musician and a stellar human being.” One of his many hobbies included the study of mineralogy and over the years had acquired a large collection of gem stones and rocks. Yosemite was his favorite place to visit; he and his wife Kim were married in the Ahwahnee Meadow. Joseph is survived by his loving wife J. Kimberly Jennings – Onzo of Merced, California; sons Joshua Onzo, David Onzo and Andrew Onzo of Merced, California and daughter Gennesis Onzo of Las Vegas, Nevada. He also leaves behind his stepchildren Tony Jennings (Sheila) of Raeford, North Carolina, Chanze Jennings of Grants Pass, Oregon and Cameron Jennings (Brittany) of Merced, California; as well as his grandson Giacob Delgrego. He is preceded in death by his father Joseph James Onzo and mother Vernadine Rose Maddux; maternal grandparents Andrew Marshal Richardson and Anna May Dingler Richardson and paternal grandparents Emil Onzo and Anna Onzo Due to the California restrictions caused by COVID-19 a Celebration of Life will be held at a later date once the restrictions are lifted.
VOIR PLUS VOIR MOINS