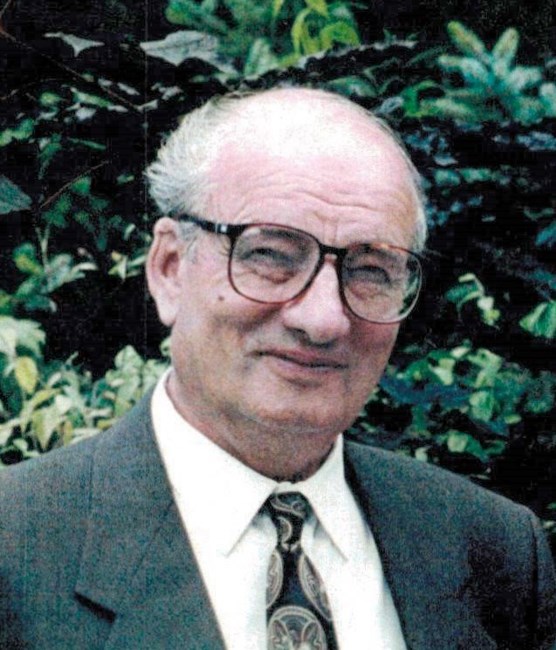 In Loving Memory of Henry Adrian 21 February, 1925 - 3, May 2022 Henry passed peacefully into the arms of his Lord on May 3, 2022 with family at his side. He had recently recovered from a deep chest cold, but it had greatly weakened him and we soon were told we had only 24 hours to say our good-byes. Our family is deeply saddened by the loss of this strong, compassionate, loving, fun and greatly admired head of our family.. Henry leaves to mourn 6 children and their spouses: (Verna, Heather, Eleanor, Ron, Jim, Rick), 18 Grandchildren, 15 Great Grandchildren, 2 Great-Great Grandchildren, 2 Brothers: John Adrian and George Adrian (Florence), 1 Sister-In-Law: Evelyn Adrian (Sam Adrian 1994) as well as many nieces and nephews. Henry is predeceased by his loving wife of 61 years: Ann Adrian (2014) and Grandson Levi Adrian (2013) Henry was born to Emilie and Heinrich Adrian in the Village of Gnadenthal, Plum Coulee, Manitoba. He was the 4th child and eldest son in a family of 10 children. His parents later moved to Elm Creek, MB where they farmed. In 1943, Henry was inducted into the army to serve in World War 2. He completed the basic military training, then decided to get advanced training in “Infantry and Front-line 1st Aid” in London, Ontario in order to serve overseas. He served as a head of a Medical Inspection Room in the RCAMC. (Royal Canadian Army Medical Corps). He said he loved the work immensely. Upon Henry’s return from the war, he moved to BC, and began his career as a building contractor in Chilliwack and Hope, BC. While in Chilliwack, he met a very talented, attractive, industrious, fun-loving young woman named Ann who was an LPN. In 1952, Henry and Ann were married and began their long and loving journey together. They first lived in Hope where they welcomed 3 daughters, then later moved to Steveston where they welcomed 3 sons. The family later moved to Pt. Coquitlam. All the while, Henry was building…homes, churches, commercial spaces and more. All the family pitched in; helping to nail floors, roofs, paint and clean plus much more as needed. In 1969, the family moved to the farm in Mission. Once again, Henry and Ann were back to their roots enjoying farm life, with Henry continuing work as a building contractor, his 3 sons working at his side. It was a happy time. All through their marriage, Henry and Ann enjoyed being members of the Baptist Church in their local community. They would teach Sunday school, sing in the choir, lead youth groups and more. Henry was a member of the North Valley Baptist Church in Mission. When it was being built in 1992, his son, Ron, was hired by the church committee to manage and site-supervise the building. Henry played a significant role in the framing and finishing of the church. He also worked alongside and organized many volunteers. Little did he know at the time that this is where his funeral service would eventually be held. After the passing of his wife, Ann, Henry stayed for a short time in Mission. He later moved to Westminster House in S. Surrey to be closer to his daughter’s family. All the family greatly appreciates the good care and kindness he received during his nearly 6 years there. Henry was a clever, talented and generous man…always true to his word. He dearly loved all his family and wanted to see them do well. He was always ready to help change a tire or offer his hand in building something or jump in to help with whatever was needed. He was a man who loved animals and admired nature and its creator. He loved the home-coming visits of his children and their families at the farm, and the visits of relatives and friends alike. He loved sharing family history, quoting poetry, singing favourite songs, telling stories and would always end stories by saying…”just a story, but true”. Henry will be deeply missed and dearly remembered until we see him again. A Funeral Service to celebrate the life of Henry will be held: Saturday, May 14th, 2022 at 2:00pm North Valley Baptist Church, 32715 Cherry Ave., Mission, BC V2V 2T8 The interment will be prior to the service, and attended by immediate family only. The funeral will be live streamed from the North Valley Baptist Church. https://funeraweb.tv/diffusions/53356 If desired, donations may be made in memory of Henry Adrian to: Gleaners, www.fvgleaners.org or A local food bank of your choice
VOIR PLUS VOIR MOINS