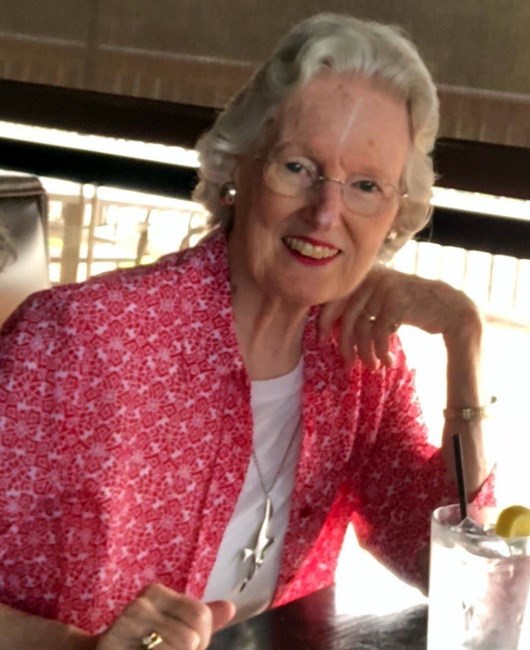 Dorothy “Dot” Alice Avera Smith, 85, a lifelong resident of Mobile, passed away Saturday, October 1, 2022, at Ascension Providence Hospital surrounded by her loving family. Dot was a beloved daughter, sister, wife, mother, grandmother, great grandmother, and a friend to everyone she met. She will be greatly missed and left an indelible mark on us all. Dot was welcomed into Heaven by her parents Hall and Dorothy Langley Avera, along with Richard L. Smith, her husband of over 50 years. She is survived by her sister, Beverly Avera Barton; her sons Richard L. Smith, Jr. (Ashley) and Paul R. Smith Sr. (Gina); her 5 grandchildren Kagan Justice (Dan), Dr. Emily Smith, Paul R. Smith Jr. (David), Richard Mills Smith, and Richard Chandler Smith (Maggie); 3 great grandchildren Anleigh, Julianna, and Emersyn; and a large, loving extended family. Growing up, Dot attended Little Flower Catholic Church and School, spent her summers at her family’s summer home on Mullet Point, and graduated from Bishop Toolen High School. After graduating she began a career as a civil servant for the U.S. Air Force at Brookley AFB before her and Richard were married. After her sons were grown, she resumed her career working for the U.S. Army Corps of Engineers. Dot and Richard were founding members of Holy Family Catholic Church where she was one of Holy Family’s first Eucharistic Ministers and remained a faithful member. She enjoyed traveling throughout the United States with Richard and their sons, and after retiring she and Richard were devoted grandparents. The family would like to thank Ascension Providence Hospital, Covenant Hospice, and their staffs for the compassionate care they provided in her final days. A private family graveside service will be held, where Dot will be laid to rest with her parents, husband, and brother-in-law, Harles Barton. The family asks that, in lieu of flowers, donations be made to Alzheimer’s support group “The Long Goodbye” at Dauphin Way United Methodist Church in Mobile, an organization near and dear to Dot, Richard, and family.
VOIR PLUS VOIR MOINS