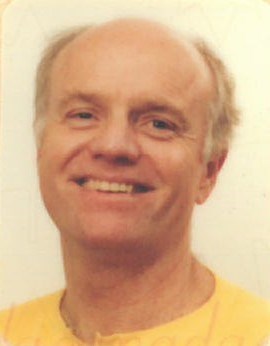 It is with great sadness that we announce that Patrick Powers passed away on March 13, 2022, at the Montreal General Hospital after a tragic accident at CHSLD St. Margaret’s in Westmount a month earlier. Pat was born in Upland, California on July 16th, 1944. He is survived by his loving spouse of 47 years Vincent Raymond and his son Jason. He was predeceased by his parents Patrick Powers and Vesta Phyllis Wisely and two of his sisters Kelly and Vicky. Prior to immigrating to Canada with his wife at the time, Sylvia Snyder, Pat became a U.S. Peace Corps Volunteer in 1965. He was assigned to a Primary School-Building Project in Gabon, West Africa. He resided there, along the Ogoove River until 1968. Upon his return to Canada, Pat completed his education with his B.A. Honours in French at Simon Fraser University (B.C.) in 1971 and then receiving his Masters in Comparative Literature in 1973 at Carleton University. That year Pat was hired at the New School of Dawson College where he began teaching French and Humanities. Like the Peace Corps, the New School was another turning point in his life. Teaching became his lifelong profession, as a result of the New School’s Humanistic vision of Education. Along with his colleagues and energetic students, they became the Founders of this unique learning and alternative pedagogy. Upon his retirement in 2006, he was recruited as a member of the board of Directors of ARCC or Abortion rights coalition of Canada A-N-G-O Organisation. Prior to this, he also had been involved with the now Defunct Montreal Planned Parenthood Federation du Québec pour le planning des naissances and the sexual Health networks of Quebec. An avid reader and writer, Pat was a wonderful man, loved and respected by many in the community. Deeply tolerant, he was the favorite teacher of many students. Rest in peace Pat, we love you. Je t’aime Patrice, Vincent Visitation will take place at Collins Clarke MacGillivray White, 5610 rue Sherbrooke O, Montreal, on Saturday, April 2, 2022, from 2pm to 4pm.
VOIR PLUS VOIR MOINS