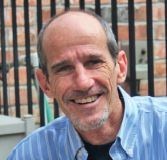 “James “Jim” Groth made his last wildly inappropriate and probably sarcastic comment on July 28th. Jim was born and immediately dubbed “our favorite child” to John and Joan Groth in March of 1963. Their constant love, support, caring far exceeded anything Jim deserved. He is survived by his wife of 25 years the recently wealthy and overly devoted Julie and his proudest accomplishments sons Brandon John, Blake Isa, and Brett James. Additionally he is survived by his much older sister Lisa Dickman of whythehelldoyoulivethere Rhode Island and younger Brother John Groth of West Palm Beach Fla. Jims demise will now allow them to emerge from his shadow. A variety of nieces and nephews with mediocre upbringing would complete the list of those left to embellish his memory. Jim’s employment history was standard, College recruiter, Oyster Shucker, YMCA executive director, and for the past 16 years Industrial Construction Project Management. He had two basic philosophies regarding work “careers are for the unimaginative “and, “surround yourself with great people and stay the hell out of their way.” His 30 plus years as a volunteer soccer coach from the kindergarten to High school level afforded hundreds of Children and parents exposure to Jim’s unique personality. Half a dozen or so of these folks might speak of him fondly if pressed. Jim died knowing that Monty Python and the Holy Grail was the best movie ever. Bruce Springsteen best recording artist, Clint Eastwood the baddest man on the planet, and that chicks dig El Caminos. His regrets were few but include eating a rotisserie hot dog from a convenience store in the summer of 2002, not training his faithful dog Rita to detect cancer, and that no video evidence exists of his prowess on the soccer field or in the bedroom. Although a less than average life span, Jim did not live an average life. He traveled where he wanted to travel, laughed inappropriately at every chance, learned what he wanted to learn, fix what he wanted to fix and loved who he wanted to love. Cremation will take place at the family’s convenience, and his ashes will be kept around as long as they match the décor. Visitation will begin on Saturday, August 1, 2015 at 9:00am until 12:00pm with a Memorial Service to begin at 12:00pm at Hixson Funeral Home in Moss Bluff, LA. Don’t be late! In lieu of flowers, donations may be made to Heart of Hospice, 750 Bayou Pines East, Suite A, Lake Charles, LA 70601 Anyone wearing black will not be admitted to the memorial. “ –Jim Groth
VOIR PLUS VOIR MOINS