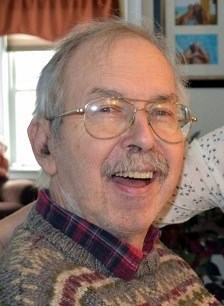 Michael P. Zapenas passed away peacefully while surrounded by his loving family on Thursday, February 2nd, 2017. A lifelong Nashua resident who worked tirelessly as a devoted husband, father, and coach. He was 68 years old. Michael was formerly married to Diane (Wittren) Zapenas of Groton, MA for 32 years, and is survived by his three children: Craig Zapenas and his wife Tanya of Litchfield, Karyn Ramey and her husband Jad of Salem, and Brad Zapenas of Nashua. Also a proud Grandfather to Avery and Ashlyn Zapenas and Eva Jayne Ramey. Mike was proud to serve in the United States Army where he was stationed in Europe as a Missiles Specialist. He was later employed by Buckbee-Mears, Kronos, Hollis Automation, and Nashua Corporation. He had a love of airplanes, touring Washington DC, and loved spending time with family at Wells Beach, Maine. His real passion was being involved in the lives of his kids and their sports and school activities. He coached CYO basketball for many years, and also served as President of Nashua Northwest Bambino/Cal Ripken baseball. He spent countless hours donating his time for youth players, coaches, and parents, and his name is forever dedicated at Lincoln Park's Upper Field as a true pioneer to athletics in Nashua. Visiting hours will be held on Friday, February 10, 2017 from 4:00PM-8:00PM at the Zis-Sweeney Funeral Home, 26 Kinsley St. Nashua.
VOIR PLUS VOIR MOINS