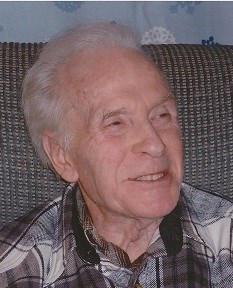 Raymond Claude Gagnon Sr., 81, beloved father, brother, and son, passed away on November 12, 2017. He was born in Nashua, NH, on February 4, 1936, son of the late Stanislaus and Eva (Berube) Gagnon. Raymond was a lifelong resident of Nashua and a graduate of Nashua High. He enjoyed figure skating, yard work, collecting, and playing horseshoes. He worked as a stock clerk for Hannaford for several years where he eventually retired. Over the past seven years, his Son, Raymond Gagnon Jr., and his fiancé Marylen Wilson took care of him at their home. He is survived by his six children, Raymond C. Gagnon Jr, Ken Perkins, Dawna Marie O’Donal, Dehbra Ann Gagnon, Patricia Gagnon, and Cindy Templeton. He is also survived by his siblings, Edmund, Richard, and Dorothy, and many grandchildren and great grandchildren. He is predeceased by his son, John, and siblings, John, Wilfred, Normand, Mildred, Sylvianne, Cicile, and Wilda.
VOIR PLUS VOIR MOINS