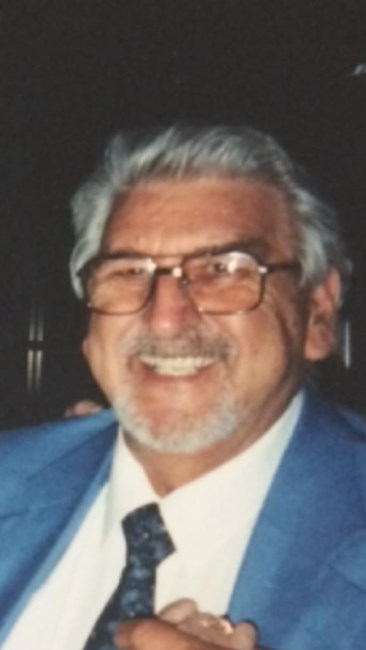 Ronald James Trudeau, 84, died peacefully surrounded by loved ones on April 1, 2017. He was born May 10, 1932. A long time resident of Nashua, he was born in Manchester, N.H to the late Harvey J. and Gladys Trudeau . Ronald was educated in the Manchester, N.H. school systems and went on to join the U.S. Navy on August 11,1952. He was an original member of the Naval N.S.F. Unit. He was commissioned on December 19, 1952 by President Harry Truman and was a Korean War Combat Veteran. He was Honorably discharged on August 9th 1957. He Married Frances Carleen McQueeney on December 29, 1956, and this union was blessed with 4 children, 7 grandchildren and 3 great grandchildren. He was employed by Nashua Beef until he retired! Ron was a loving husband, father and grandfather. He was a very warm compassionate man, and with his quick wit, he would find a way to make everyone he'd meet smile! Ron loved nature and wildlife, he enjoyed fishing, camping, watching sports and Westerns on TV, but his favorite thing in life was to be surrounded by his family enjoying good food and great stories! In addition to his parents, Ronald was predeceased by his beloved son Robert John Trudeau. Members of his surviving family include: his loving wife of 60 years F. Carleen Trudeau, his Son Ronaldo Josef Trudeau and his wife Sandy, his daughter Laurie Dufour and her Husband Robert, his Daughter Patrice Conley and her husband Paul, his Sister in Law Sharon Tyler and her husband Patrick. His seven grandchildren: Maura Sherman and her husband Kevin, Robert Dufour and his wife Katie, Christopher Dufour, John Paul Conley, Nicholas Conley, Senior Airman Cameron Trudeau and his wife Lexie and Army Spec. Danielle Trudeau, and His three Great grandchildren: Lyla, Adria, Mayson and many nieces and nephews. Services: Family and friends are invited to join a funeral service that will be held on Thursday April 6th between 10 am and 12 pm at Zis-Sweeney Funeral home in Nashua.Arrangements under the direction of Zis-Sweeney Funeral Home, Nashua, NH.
VOIR PLUS VOIR MOINS