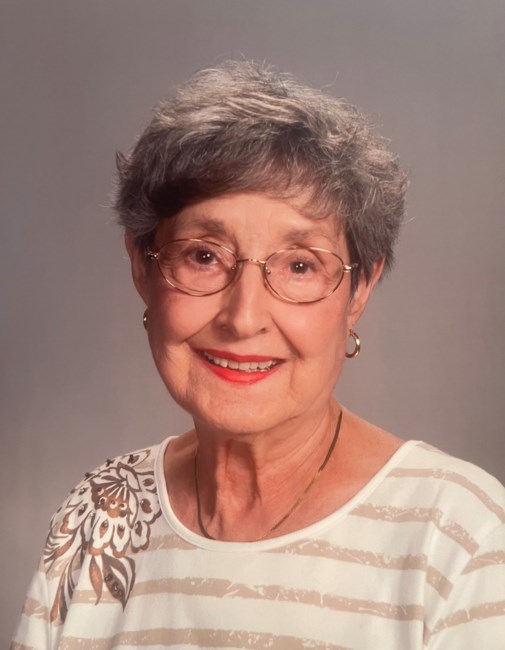 Barbara Jean Lehotan Grohwin, age 84, passed away on Sept. 25, 2022. She was born to Joseph Lehotan and Jeanette Zurawski Lehotan on March 5, 1938, in Chicago, Illinois. Barbara graduated in 1955 from Providence Catholic Girls School, near the Polish neighborhood where she grew up. She was married to George Francis Grohwin in 1961, and they shared 47 years of a happy and fulfilling marriage. Barbara is survived by her son, George Grohwin, Jr. of San Francisco, CA, her daughter, Denise (Joe) Croker of Nashville, TN, and beloved granddaughters Saffron and Seville. She was predeceased by her loving husband in 2009, her brother James (Monica) Lehotan, and her brother David (Cindy Sharp) Lehotan. Barbara is remembered fondly by numerous cousins, nieces, nephews, and friends. Before marriage, Barbara worked as a stewardess for Eastern Airlines, as a bank teller, and even as an assistant to an undercover detective. After raising her children, she returned to the workplace as a secretary and as a volunteer church musician for 18 years. She passed on her love of music to her family, and she appreciated an eclectic variety of performers, including Harry Nilsson, Jacques Brel, and the folk revival artists of the 1950s and 1960s such as the Weavers and Bob Gibson. Her piano was her treasured companion. She loved playing for family and for others, whether it was playing a duet with her son, accompanying her daughter or granddaughters on a Broadway tune, or playing hymns at a local nursing home. Though born in Chicago, Barbara loved living in Southern California most, where she moved in 1970. California was a place where she and George met friends in the neighborhood with whom they stayed close long after moving away. It was in California that Barbara tried yoga, canasta, and mahjong for the first time, and where she and George participated in a gourmet dinner club. Later Barbara moved to Naperville, IL; Pittsburg, KS; Houston, TX; Ocala, FL; and Nashville, TN, and she was active in her churches until retirement. Barbara was a whiz with the New York Times crossword puzzle. She said would not even bother with the Monday-Wednesday puzzles since they were “too easy.” She loved birds, and one of her sources of enjoyment in retirement was viewing them at the feeder and birdbath in her yard in Florida. After persuading her husband, George, to try a cruise vacation – as a former Navy man, he declared that he did not want to step foot on a ship again – she and George fell in love with cruises, going to the Caribbean, Alaska, and Hawaii. Barbara grew up in a time of streetcars in Chicago, neighborhood movie theaters, and long, handwritten letters, and she adapted to our current era of email, Facebook, and Netflix on demand. An avid reader, she kept long running lists of books she wanted to read and films she wanted to see. Her grandchildren loved and admired her for her dry humor and family stories. She was a gifted, smart, and kindhearted woman who appreciated the simple joys of life. Visitation will be held on Saturday, October 1, 2022, from 9-10 a.m., with a funeral mass to follow at 10 a.m. at St. Henry’s Church, 6401 Harding Pike, Nashville, TN 37205. In lieu of flowers, donations may be made to Catholic Charities of Nashville. Fond memories and expressions of sympathy may be shared at www.marshalldonnellycombs.com for the Grohwin family.
VOIR PLUS VOIR MOINS