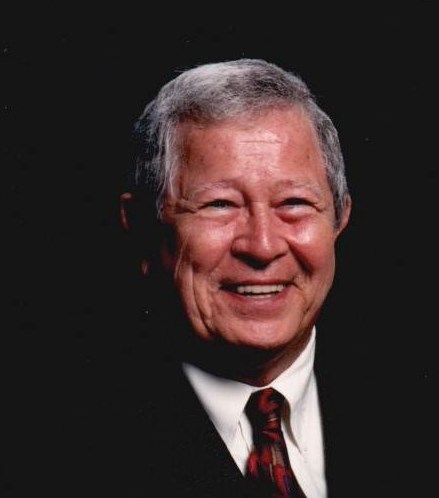 Martin Lee Peterseim, age 91 passed away on September 24, 2022. Lee was born on August 3, 1931, the fourth child of Mary Esther Eikenberry (Peterseim) and Walter Francis Peterseim, at his grandparent’s farm in Darke County near Greenville, Ohio. His family moved to Columbus Ohio. He graduated from North High School and The Ohio State University. While at Ohio State, he was elected to freshman, sophomore, junior and senior honor societies. He was elected president of the Ohio University Student Union. He was a member of the Tau Kappa Epsilon fraternity. He worked himself through college with several jobs including selling men’s hats, sterling silver door to door, and night shift as an aircraft riveter. He graduated with a degree in sales and marketing. He was recruited by Alcoa for sales after serving two years in the Air Force as a Captain Adjutant for the fighter squadron in Pittsburgh. He was honored as an outstanding young business leader by the Pittsburgh Jaycees. He worked for Alcoa in Sales and Marketing in Pittsburgh, Chicago, South Bend, Los Angeles and Nashville. He received numerous ALCOA Sales and Marketing Awards including the International Aerospace “Top Hat” Award. After 45 years, he retired as Vice President of Sales for South America and Mexico. He was a strong family man with deep religious beliefs and love of fellowman. He was devoted to his wife Marguerite for over 66 years, never going to sleep without saying “I love you”. They enjoyed dancing and playing bridge, belonging to several dance and bridge clubs. They traveled to many places in the US and overseas. He was a 32nd degree Mason. He was active in church in choir, lay calling on shut-ins and ushering. He was very active in the Boy Scouts and received the Silver Beaver and Dan Beard Long Rifle Awards. He was proud that his two sons were Eagle Scouts. When the boys were young, he helped coach their little league baseball teams. He was a member of the ROMEO and Freolac groups. He was Board Chairman of the Owl’s Hill Nature Sanctuary in Nashville. He enjoyed bird hunting, golf, fishing and reading. He was a great listener and used this skill working with and helping others. He is predeceased by his sister Rhea Madeline Peterseim (Stickney) and his brothers Ferra Daun Peterseim and Walter Francis Peterseim II. He is survived by his wife Marguerite Miller, two sons, Michael Miller (Kathy), Dr. David Scott (Dr. Mae Millicent) and five grandchildren: Summer Joy and Michael Victor and Dr. Carolyn Mae, John David Lee and Marguerite Ann. In lieu of flowers, donations may be made to St. George Episcopal Church 4715 Harding Pike, Nashville, TN 37205 or The Owl's Hill Nature Sanctuary 545 Beech Creek Rd S, Brentwood, TN 37027. A visitation at 10:30am followed by a service at 11:30am will be held in Lee’s honor on Saturday October 29 at St. George’s Episcopal Church. Fond memories and expressions of sympathy may be shared at www.marshalldonnellycombs.com for the Peterseim family.
VOIR PLUS VOIR MOINS