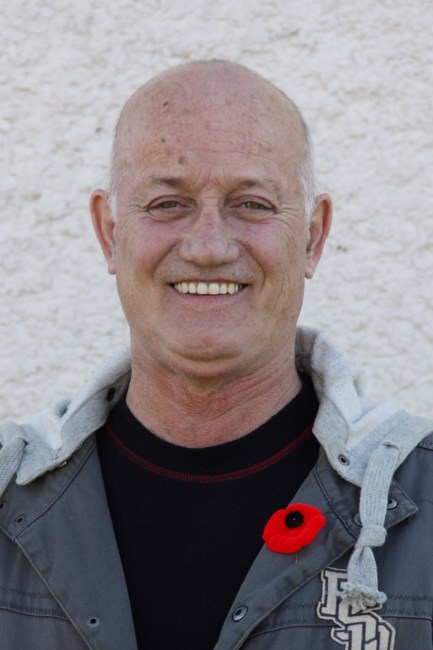 It is with great sadness that we announce the peaceful passing of Roland Blouin at the age of 71 years on November 21, 2019, at the Health Sciences Centre in Winnipeg. Roland will be loved and sadly missed by his devoted wife of 28 years, Colleen; his adored daughter, Jaimie (Dan); sons, David (Nikki), Paul (Brigitte); Grandchildren Zoë, Alyssa, Kaitlyn, Zac, Julien, Christopher, Cynthia; Great-Grandchildren Gabriel, Scarlett; his sister Diane (Denis) and brothers Michel, Réal (Eva), Jocelyn (Blandine), Jean-Marc; nieces and nephews, Genièvre, Sylvain, Isabelle (Marc-André), Naomie (Francis), Marylie as well as many extended family members residing in Quebec. He was predeceased by his father, Roland Blouin; his mother, Eulalie Gagnon; brothers, Christian and Denis and Jaimie’s mom, Ann. Roland’s love for his family knew no bounds. His wife, Colleen, daughter, Jaimie and granddaughter, Zoë were his everything. His son-in-law, Dan and he shared a special bond in that they were also great friends. He loved his stepchildren and grandchildren like his own and often commented on how lucky and grateful he was to have such awesome kids. Many miles separated him from his family in Quebec but they were always foremost in his heart. Roland worked for many years as a heavy-duty mechanic. He was very talented with his hands and could fix anything and everything. Prior to his work as a mechanic, Roland tested a variety of occupations and took away a bit of knowledge from each of them. He would often interject into a conversation, “I once had a job doing that” and then offer a tidbit of wisdom along with a smile. Roland found life to be an exciting adventure, especially if it involved a high mountain, a fast car or a motorcycle. As a young man, he dreamed of sailing around the world and, for a while, he owned a sailboat. His boat never knew the ocean but Roland did have many a sailor's tale to tell involving Lake Winnipeg. The adventures he missed out on at sea, he made up for on land. Roland was an avid snowmobile and motorcycle enthusiast. He travelled many miles on his motorcycle, throughout Canada and the United States, even making it to Alaska. He loved that bike, those trips and his biking friends. Skiing was also a passion, the higher the mountain the better. His heli-skiing trip was an accomplishment and a memory he treasured. Roland will be dearly missed by those he has left behind. He will be remembered in a trillion stories, their ripple effect will generate many smiles, laughter and fond memories. We love you Roland… and wish you godspeed on your journey and with this new adventure. A memorial service followed by interment and a reception was held on Monday, December 2, 2019, at 10:00 am at Green Acres Funeral Home. In lieu of flowers, please consider making a donation to The Brain Tumour Foundation of Canada. "Farewell, my love, until we meet again someday, somewhere."
VOIR PLUS VOIR MOINS