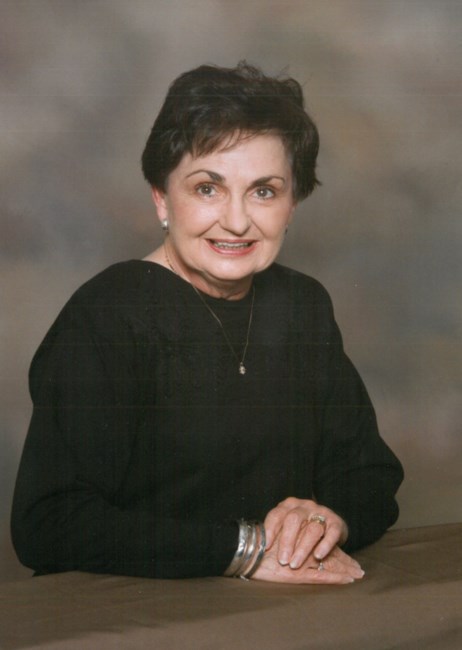 Analee Robinson (Houser) Court, age 91, of New Bern, North Carolina passed away on Wednesday, January 19, 2022. Analee was born March 26, 1930 in Kings Mountain, North Carolina to the late Marvin Houser and Anabel Black Houser. Her mother was fresh from Limestone College in Gaffney, SC and her father from Oak Ridge military Institute near Greensboro, NC. Analee’s name came about as a combination of her mother’s name, Anabel Black and her father’s name, Marvin LeRhyne Houser. When Analee was a child during the great depression jobs were hard to find. Her family moved a lot until her father settled in the insurance business. Her father eventually formed his own company, Houser General Insurance Agency in Goldsboro where her family put down roots. Her father eventually moved into real estate and then construction of homes in and around Goldsboro, in addition to the insurance business. Analee graduated from High school in Goldsboro, from Crumpler Secretarial School and then went to work. In 1953 she married Bill Robinson and together they had two daughters. They resided in Charlotte during that time and she was busy with the usual mommy projects, ten years of Girl Scouts and years of PTA Board. In 1969, she then moved to a brand new neighborhood in Raleigh. She wanted her family to love the new city and to feel like a part of it. Analee has always been patriotic having worked on political campaigns a little bit in Charlotte and have always felt it her duty and privilege to vote. She set up a campaign to register voters in her neighborhood. The Register came out, she put up a tent, advertised in the paper and had women do shifts. During that event her team was able to register 100 people. Analee always worked for her “causes”. When she discovered that her husband was suffering from alcoholism, as well as, bone cancer, she discovered Ala-Non, which absolutely saved her life. She faithfully attended meetings for ten years. Ala-Non was very helpful for her and the whole family. It was also during this time that she met Frank and they had the privilege of helping set up and putting into place a 24 hour answering service. Analee and Frank took turns changing the phone line to the person on call each morning before work and each evening, as well as, taking turns “on call” for the answering service. She is positive hundreds of people were helped with this service. She was also part of forming a North Carolina State Office for Ala-Non and for Ala-Non literature. The team filled orders, packaged and mailed once a week. By helping others Analee also found she was helping herself. In 1979 she became a widow. In 1981 she married, Frank Court in Central City, Colorado by Frank's father, Reverend Dr. Frank A. Court. After marrying they moved to Seattle, WA where they lived for six and a half years. It was there that she joined Overlake Service League which helped the poor with food, clothing, etc. She also ran a Thrift Shop which assisted in the financing of the Overlake Service League project. She also began a circle at her local church for young working women and she was given a Special Recognition Award. In 1988, Analee and Frank moved back to North Carolina and chose to settle in New Bern. She absolutely loves New Bern and was very happy here. She is survived by her husband of 40 years, Frank Court, two daughters; Jane Robinson Snead and husband, Alan and Susan Robinson Harris and husband, Rick, three stepchildren; Bryan Court, Barbara Stepp and her husband, Duane and Robert Court and wife, Karen, two grandchildren; Rob Snead and long time girlfriend, Jenny Boulden and Anabel Jennet Zenick and husband, Matt, five great grandchildren; Analise Zenick, William Zenick, Amberlynn Snead, Hannah Snead and Josie Lane Snead, and one sister, Becky Unstead. In addition to her parents she is predeceased by a brother, Jack Houser. Frank and Analee were long time members of the Newcomers Club and through that club she was part of forming the New Bern Yacht Club. Frank and Analee spent a lot of time sailing and boating until her health began to decline. They enjoyed many adventures and journeys on the seas with the Blackbeard Boating Club in Fairfield Harbour for many many years. They met so many new people and lifelong friends along the way. She was a faithful long time member of Garber United Methodist Church. She volunteered her time with the Trent Woods Garden Club. She was also a member of the New Bern Women’s Club for 25 years, as well as, a member of the New Bern Civitan Club. In 1995 she received Civitan Club Woman of the Year. While she was part of the Department of Administration Council for Women, in 2001 she received the Distinguished Women of North Carolina Award for outstanding service in the area of volunteerism. She was also a member of other various clubs and organizations. Recently due to health problems Analee had to slow down, but she never gave up on her servant heart and continued to serve her local community the best way she could. A Memorial Service will be held on Saturday, February 5, 2022 from 11:00 AM to 12:00 PM at Garber United Methodist Church. The family would like to thank the women at Home Instead who helped care for her over the past few years, as well as, Community Home Care and Hospice of New Bern staff for their care and compassion. In lieu of flowers the family asks memorial donations be made in her honor to either; Food Bank CENC at New Bern, 1702 Red Robin Ln, New Bern, NC 28562, (252) 577-1912 or the New Bern Civitan Club, P.O. Box 13673, New Bern, NC 28561. Fond memories and expressions of sympathy may be shared at www.cottenfuneralhome.com for the Court family. Cotten Funeral Home is honored to serve the family and friends of Analee Court
VOIR PLUS VOIR MOINS