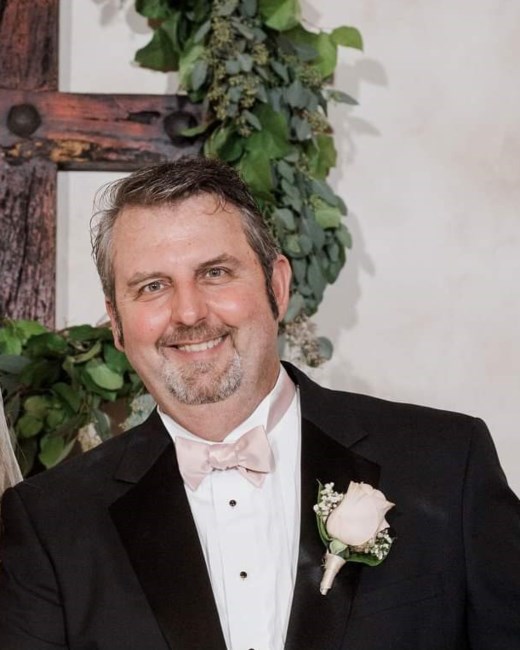 Brian Edward Davis, 55, of New Braunfels, passed away on Tuesday, May 7, 2019. He was born to George E. Davis and Dell Shea Davis in Russell, Kansas on July 30, 1963. Brian graduated from Midland High School where he was a member of the marching band. He attended and graduated from Southwestern University in Georgetown, TX on a full academic scholarship. He then attended and graduated first in his class from South Texas College of Law in Houston. He joined Porter & Hedges law firm in Houston. And he became a partner after only 2 years. Brian moved to New Braunfels where he opened his ‘Hill Country ‘ , law practice with his partners who are located in Houston. Brian loved the Lord. He loved to worship and sing to him as loud as he could. His faith made him a pillar of strength to his family and to so many others. He has been married to Yvonne for almost 12 years and has lived a life full of love, laughter and happiness. He loved spending time with his family. He loved to camp, fish and canoe. Last year on a canoe trip to Devil’s River he caught a record size perch, but with no camera it will only forever be in our memory. And a yearly fishing trip to Port O’Conner with friends was always a highlight to him. He also was a master wood worker . He built 6 beautiful Adirondack chairs for a fire pit area that will be used for many years. He was the king of bad jokes that always made everyone laugh. To his wife, Brian Davis was a best friend, protector, pillar of strength, father to her girls, and the most beautiful man she has ever known. He is survived by his loving wife, Yvonne Davis of New Braunfels; step-daughters, Isabella Calhoun and husband Keith of Austin, TX; Marcela Deal of New Braunfels; son, Bradley Davis of Portland, OR; and daughter, Rebekah Davis of Houston, TX; parents, George and Dell Davis of Midland, TX; father-in-law, Mario Guajardo of New Braunfels; grandchildren, Indiana Deal, Ellie Rhea Davis and Brooklyn Allen; brother, Tim Davis of Midland, TX; and numerous nieces, nephews and a host of friends. A Memorial Service will be held 11:00 AM Friday, May 10, 2019 at the First Baptist Church in New Braunfels.
VOIR PLUS VOIR MOINS