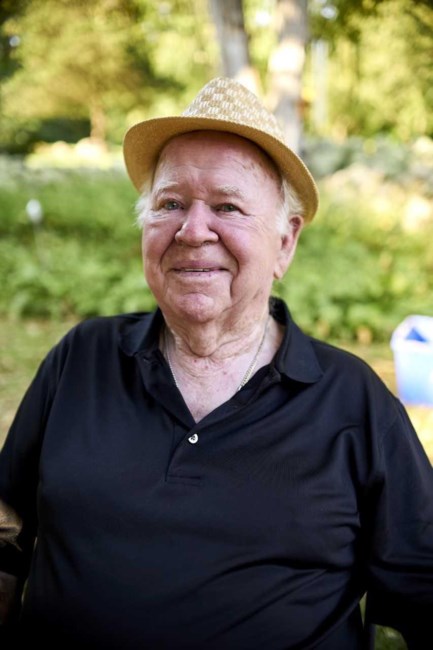 Robert Leger of Waterford and North Fort Myers, Florida, passed away on November 14, 2020. He was born on March 29, 1934 in Tarrytown, New York, the son of Medric Leger and Winifred Losier Leger. As a young child his family lived in Amesbury, MA before moving to Groton where he attended school. He married his beloved wife, Barbara Jean DeVeau on August 14, 1954. Bob graduated from Fitch Senior High School in Groton and attended Mitchell College in New London. He served in the Air Force in San Antonio, was a 62-year member of IBEW Local 90 and owned and operated Leger Electric for over 30 years. He was a life member of the S.P.E.B.S.Q.S.A. (Barbershop Harmony Society), a Third Degree Knight of Columbus and a member of the Moose Club in Cape Coral, Florida. His love of golf began when he was a caddy at Shennecossett Golf Course. Being an avid golfer, he belonged to the Shennecossett Men’s Club and was a former President of the Heritage Men’s Club in Florida. Bob and Barbara lived in North Fort Myers for the past 20 years and were very active in the social activities and events at The Heritage. Bob belonged to the Veterans club and never missed a Sunday night game of Texas Hold ‘em or a Monday night game of Bingo. After retiring, Bob and Barbara traveled throughout the US, Canada and Nova Scotia in their motor home and enjoyed cruises with their Florida friends. They were devout Catholics. Robert is survived by his wife Barbara; son Craig Leger and his wife Lizabeth of Niantic, their sons Drew, his girlfriend Nicole and Brandon, his wife Michelle and their children Jack and Ryen; son Dale Leger and his wife Linda of Fort Myers and son Justin, his wife Tonya and their son Hunter; daughter Karen Leger Porter and her husband Timothy of Newport News , VA and their children Shayne, his wife Tara and his children Kayley, Kolton and Kyler and Meghan Porter Morotini, her husband Erik and their daughter to be born in February. He was predeceased by his brother Kenneth Leger. Survivors also include his sister, Linda Gatchek and many cousins, nieces, nephews and friends all too numerous to mention. A Mass of Christian Burial will be held on Friday, August 13th at 9am in St. Mary Star of the Sea Church, Huntington St., New London. Burial with military honors will follow at the Connecticut Veteran's Cemetery, Bow Lane, Middletown.
VOIR PLUS VOIR MOINS