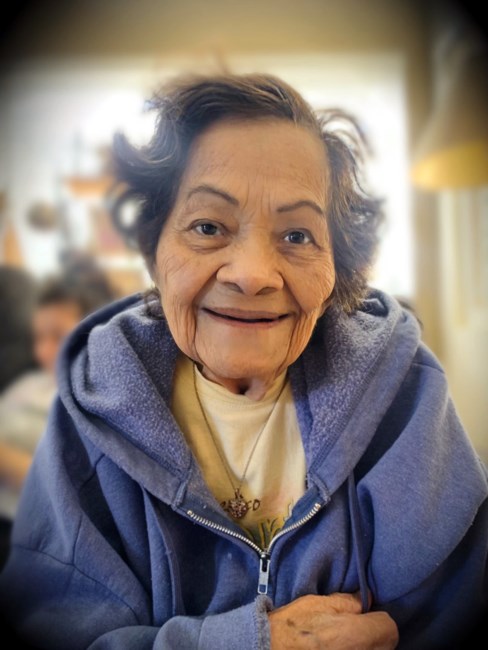 Rose “Rosa Maria Ibarra” Chauncey, of Valencia, passed away on 13 November 2021, in Valencia. She was fondly known as "Ita", short for Abuelita, by children, grandchildren, great-grandchildren, and those closest to her.

Rose Marie was born 29 October 1933 in Torreon, Coahuila, a small farming town in Mexico, to Felipe and Maria de Jesus Zuniga Ibarra. She emigrated to Texas through Monterrey in the area known as Nuevo Leon, Mexico at a young age. She worked as a seamstress for many years. It was there she met the love of her life, Henry E Chauncey Jr, and they married on 29 April 1967 in Houston, Texas. Shortly after, they moved to Santa Monica/Culver City. After a few years they found themselves headed back to Texas but it would not last, and after several years they followed their hearts and made home in a little area known as the Santa Clarita Valley in 1979. They would soon follow dreams and open a small blueprinting business for a growing city, A-1 Blueprint. Henry would soon pass on much too early. Rose, determined to keep their dreams alive, would carry on the torch for many years. Well-known in SCV construction and building circles, she was involved in several business networking groups such as Soroptimist and SCV Chamber of Commerce.

Rose Marie is preceded in death by her late husband Henry Chauncey Jr. and her parents Felipe and Maria de Jesus Ibarra.

Memorials may be given to Eternal Valley Memorial and Mortuary in care of the family. Donations may also be made to the American Cancer Society or a cancer organization of your choice, if desired.

Fond memories and expressions of sympathy may be shared at www.eternalvalleymortuary.com for the CHAUNCEY family.