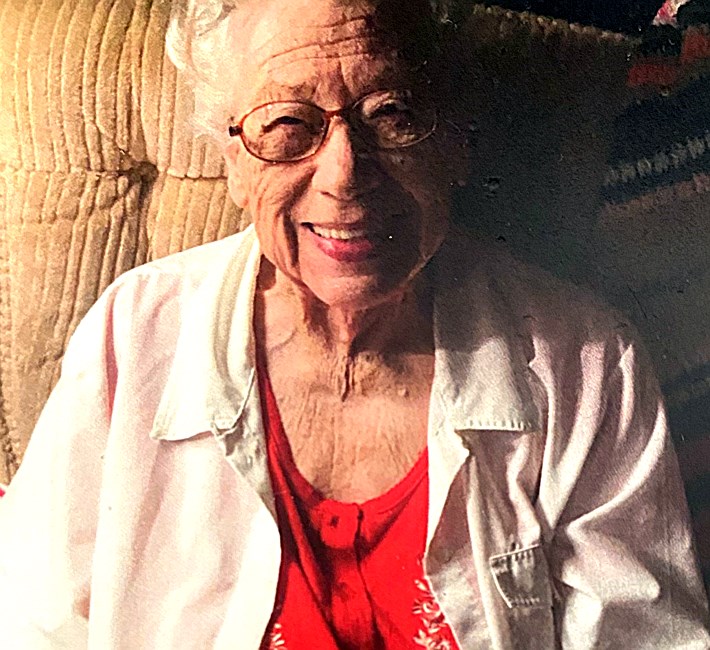 Marie Wade Flickinger, age 98, passed away peacefully on May 5, 2022. Prior to a stroke earlier this year, she was sharp, feisty, and full of life as ever. Marie was born in Christian County, Kentucky on September 3, 1923, to Walter Wade and Lydia Petty Wade. She was preceded in death by her parents, all seven siblings, and her beloved son, Elliot Flickinger. Her father decided it was best for their family to quit raising horses and get a factory job. Marie traveled on a train with her mother and siblings to their new home in Mishawaka, Indiana from Kentucky. When Marie was an adult, she moved to Arkansas to be with her sisters, Muriel Langston of Little Rock, and Nell David of North Little Rock. Marie was a very hard worker. Even before she was old enough to work, Marie got a job at a drug store at age 15. Marie also got her driver’s license before her sisters did. During World War II, Marie reluctantly quit the job she had at the time to drive her sister Muriel, and her two children from Arkansas to San Diego, CA to visit Muriel’s husband Carl, who was stationed in San Diego. While Marie was in San Diego, she got so bored that she went to the City of San Diego and got a city planning job. In a time where few women were supporting families, Marie felt a lot of pride in that she was able to support herself, and her son Elliot. It was not unusual for Marie to have three jobs at a time. She worked at the courthouse, for the Pulaski County Arkansas government. She oversaw her department and marveled that she supervised so many people that had a lot more education than she did. While she worked at the courthouse, Marie freelanced and drew arial drawings for cities all over Arkansas. At the same time, Marie was the night manager for the apartment complex where Marie and Elliot lived. She was so proud of the fact that the apartment complex paid for her rent and utilities. What great life memories Marie had! Elliot wanted to play Little League baseball and the league could not find a coach. Even though Marie had never played baseball, and women did not coach baseball in those days, she did not hesitate to volunteer and coach Elliot’s team. She went to the library and got a book on how to coach baseball and, to this day, the team members still talk about what a great time they had on Marie’s team. Being a Cub Scout Den Mother was a fun and exhausting activity for Marie. After retirement, it was all about her garden and plants. Marie was instrumental in renovating a park in North Little Rock, and she holds the prestigious title of Arkansas Master Gardener. Honoring Marie’s wishes, on May 18, 2022, there will be a short visitation at 10 - 11 am, and a graveside good-bye immediately following. Griffin Leggett Rest Hills Funeral Home and Memorial Park, 7724 Landers Road, North Little Rock, Arkansas. A life well lived. Rest in Peace dear mother, sister, aunt, cousin and friend.
VOIR PLUS VOIR MOINS