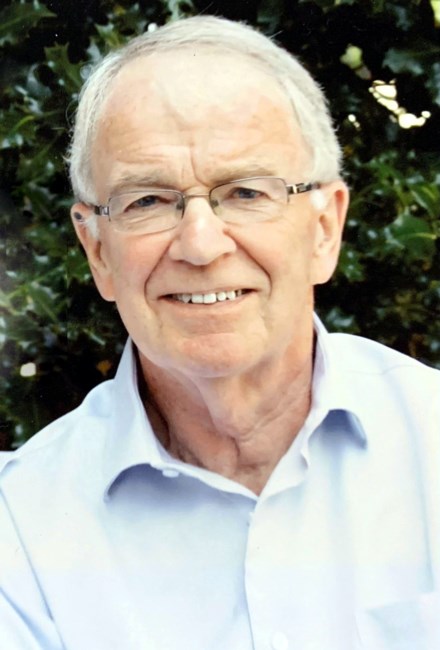 Robin George Piercey passed peacefully away at Berkley Care Centre on November 18th 2021. He was surrounded by his loving family. He is survived by his wife Donna Elaine and their four sons: Mark Leslie, Robin Eldon (Grozdana), Glen Andrew (Natasa) and Samuel James. Robin was the proud grandfather of their eight grandchildren. He is also survived by his only brother, Douglas Leslie (Frances) of Halifax, Nova Scotia. Robin was born to Mae and Leslie Piercey on March 24th 1937. His happy childhood was spent in St. John’s, Newfoundland. It was filled with the joy of his large extended family and friends. Robin’s skills as a communicator emerged while he was still a teenager. He wrote a column in the Evening Telegram, covering local sports. He started his career in journalism in St. John’s in the CBC radio newsroom. Through his accomplishments in St. John’s, he was hired to open the local radio news service in Ottawa which had previously aired ‘rip and read copy’ from the TV newscast. At that time, radio operated out of the 7th floor of The Chateau Laurier Hotel. It was an exciting place to be because of its central location and proximity to Parliament Hill where working in the Press gallery Robin was living his dream. Ottawa was a fascinating place to be in the 1970’s. There was Trudeau mania, the Cross kidnapping, the war Measures Act, the FLQ crisis and Watergate, all dominating issues of the time. After eight years in the nation’s capital, Robin moved to Vancouver and headed up the newsroom on the west coast. The work was still invigorating, and living close to the sea again felt right. He spent four years on the west coast before being recruited by National News in Toronto to be Deputy News Editor. The management of the expanding and changing system, the hiring of staff and the integrity of the service were paramount in his interest and efforts. The years of criss-crossing Canada, having knowledge of both news makers and gatherers gave Robin a special ability as a manager. In 1986 Robin returned to the west coast as manager of the western provinces. During his 31 year career with CBC, which took him from coast to coast, Robin met and interviewed people from every walk of life. In 1990 Robin took a position at the British Columbia Institute of Technology to fill in for the Dean of Journalism who was on sabbatical. The Dean came back but Robin was asked to stay. He reached the pinnacle of his career teaching Broadcast Journalism at BCIT. He spent the next eleven years passing on the lessons he’d learned from work he had done, places he’d been, people he’d met and experience he’d garnered. He brought to his students his people skills, his integrity, his knowledge of the industry, his enthusiasm for communication, his insistence on perfection, his love of his trade and his pride in them. He felt joy in their success and reward in their achievements. Chief among Robin’s joys was his family. Suffice to say the love he gave was returned in multiples. Celebration of Life will be by invitation only. In lieu of flowers, donations could be made to the Spina Bifida and Hydrocephalus Association of British Columbia.