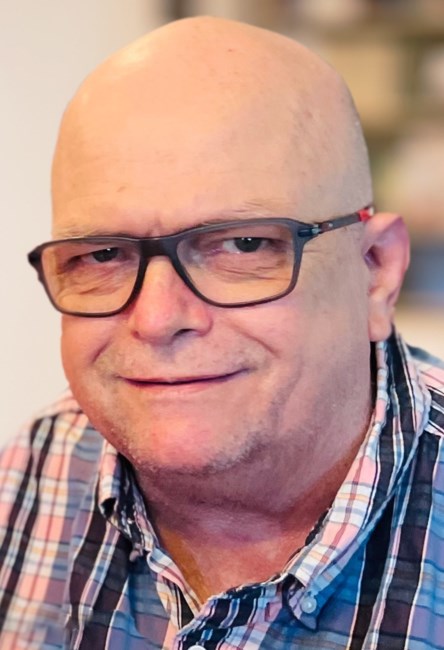 Vance Wade Kennedy, 62, of Leawood, Kansas passed away surrounded by his loving family on Saturday, September 24, 2022. He will be remembered as a loving father, son, papa, brother, uncle, cousin and friend to everyone he knew. “Wade”, as he was known by his family and friends, was born on October 24, 1959 in WaKeeney, Kansas to Rex William and Doris May (Henry) Kennedy. He attended and graduated from Hill City High School in Hill City, Kansas in 1978. After graduation, he continued his education attending Dodge City Community College and earning his bachelor’s degree in Art Education from Fort Hays State University. During that time, he met the love of his life, Caryn Nickolette (DeBolt) and they were married on January 2, 1982. Together they raised their two children, Noelle and Nathyn. After college, Wade worked alongside his father at the Phillip’s 66 Full-Service Gas Station that his family owned in Hill City, Kansas. In 1985, Wade began employment at Iowa Beef Processing in Emporia where he worked until 1997. Wade then went to work for the Maintenance Department for the City of Emporia, where he worked until his retirement. Wade was often described as a gentle giant, one of the good guys. His strong work ethic, loyalty, and quiet but steady way were the foundation of who he was. No matter what adversity he faced, he did so with grace and had the ability to find the bright spot in even the toughest situation. He was a creative soul and a talented artist. He enjoyed doing artwork of all types. Woodworking, ceramics and painting were a few of his favorite mediums. He was also a gifted handyman. There was no project too big or anything that he couldn’t fix. He enjoyed playing cards and boards games. Wade loved spending time with his family, especially his grandchildren who were the light of his life. There are simply no words to describe how much he will be missed. Wade is preceded in death by his loving wife of thirty-nine years, Caryn Kennedy and his father, Rex Kennedy. His two children, Noelle D. Sliva and her husband Lenny of Olathe, Kansas and his son Nathyn Kennedy of Emporia, Kansas survive him. Also left behind to cherish his memory are his two grandchildren, Becker Sliva and Kennedy Sliva, his mother, Doris Wagoner of Edmond, Kansas, his brother Corey Kennedy of Hill City, Kansas and his sister Christina Rundle Willis of Logan, Kansas. A memorial service is scheduled for Sunday, October 9th at 5:00 PM at Redemption Church, 515 S. Ridgeview Rd., Olathe, KS 66061. There will be a dinner and an art show featuring pieces of his artwork directly following the service. In lieu of flower’s memorial donations can be made to: National Kidney Foundation at www.kidneyfund.org or Johnson County Home Delivered Meals, 11811 S. Sunset Drive, Suite 1300, Olathe, KS 66061 Condolences may be offered at: www.McGilley-Frye.com
VOIR PLUS VOIR MOINS