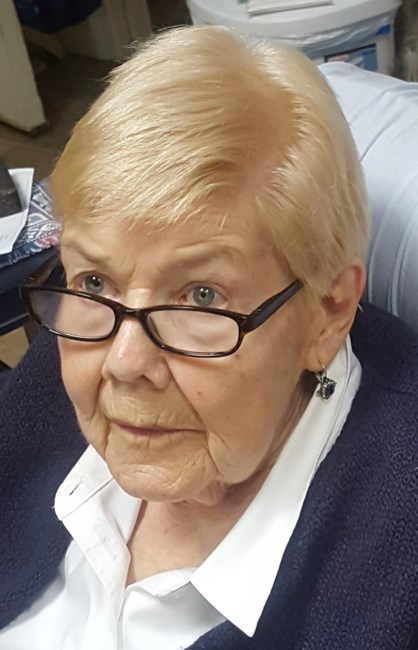 Claire Eileen O’Leary Stevenson -- a daughter, sister, mother, grandmother, friend, nurse and longtime resident of Brewster -- passed away at home on July 28. She was 89. Throughout her life she exhibited remarkable strength and tenacity while spreading love and positive energy. She was born on June 7, 1932, in Elizabeth, N.J., the daughter of Joseph O’Leary, an engineer at Bell Labs, and Ann Marie Gleason O’Leary, a teacher and homemaker. She was the third of five children in a family that would take on the adventure of living in Australia before World War 2. After graduating from Mount Saint Mary Academy and the College of Mount Saint Vincent, she pursued a career as a nurse in New York, relishing her independence as a young working woman in the big city. She would go on to become a public health nursing supervisor in Norwalk, Conn., for many years, and after retiring and moving to the Cape she worked as a hospice volunteer. No role gave her more pleasure than being mother to her four children -- Dick, Betsy, Anne and Sarah, along with their spouses and partners Daren, Marty, Alan and John -- except perhaps being grandmother to their six children: Peter, Madeleine, Jamie, Emma, Katie and Claire. She embodied the concept of unconditional love, providing support and encouragement and showing her pride through all the ups and downs of the lives of her family members. She applied the same character and discipline to her own life. She achieved her professional accomplishments in nursing as a single mother in an era when that was especially difficult. She faced personal challenges and setbacks with resilience and quiet dignity. Private and shy, she nonetheless made friends wherever she went, people of all ages and backgrounds who relished their connection with her. Anyone seeking something to brighten their day only needed to catch sight of her with her in the neighborhood with her beloved dog Fiona. She was a devoted reader of The New York Times, a crossword solver, a knitter, a fan of “Call the Midwife.” She loved summers on Long Beach Island and could not stand Donald Trump. She would have wanted you to get vaccinated. She is survived by her children and their partners, her grandchildren, her brother Jerry and his wife Rosemary, and too many nieces and nephews to count. Services will be private.
VOIR PLUS VOIR MOINS