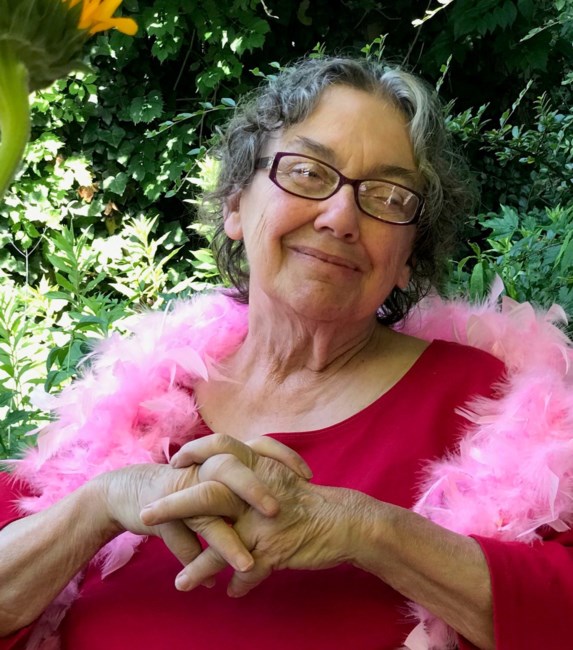 Joan Ellen Graham, 79, passed away September 22, 2022 after a brief illness. She is survived by her son Tim Graham and wife Heather Struna, son Chris Graham and partner Diane Glass, countless close friends, and her beloved cat Gabby. She is predeceased by her husband, Ray Graham, photographer. Joan was born July 7, 1943 in New York City. After high school, she began a career in publishing, writing book jacket copy. She settled in Greenwich Village, where she met her husband-to-be. They were married October 17, 1964. In 1966, Joan and Ray quit their jobs, boarded the S.S. Rotterdam and steamed toward England, not knowing when they may return. They spent time exploring Europe, sometimes sleeping in their car to save money. Once back in New York, they began a family, having Chris in 1970 and Tim in 1975. Soon thereafter, they relocated to a sea captain’s house in Brewster on Cape Cod, MA. Joan got her real estate license and opened Graham Real Estate while Ray continued with his photography. They operated the Brewster Rooster Antique and Weaving Shop out of their barn. Joan also loved her time as the events coordinator for Barnes and Noble in Hyannis. Joan and Ray’s home became a nexus for neighborhood gatherings. Their numerous friends came together for dinner parties and holidays around their iconic eight foot butcher block table. After Ray died in 2002, Joan began hosting “Sunday at Six” dinners with friends, which continued for the next two decades. A cherished antique sign above the table read, “We Gather Together”. Joan had an illimitable thirst for knowledge and never stopped learning. She attended college later in life, earning BS and Master’s degrees from Lesley University as well as certificates from The New School, Mount Ida College and Emerson College. It would be impossible to list all of her passions, interests and areas of study, but they include writing, editing, reading, weaving, art, poetry, theater, history, travel, psychology, cooking and entertaining. She was a lifelong lover of the written word, which her plays, fiction, memoir pieces and enormous library can attest to. Joan was a member of the Cape Cod Writers Center and Editorial Freelancers Association. Compassionate beyond measure, she was always eager to help a friend or stranger in need. She was a loving wife and mother, and a faithful friend. Her advice (given only with permission) was always logical yet soothing. She believed acorns to be an important symbol, representing growth, strength, and unlimited potential. The next time you see an acorn or tall oak, think of Joan. In lieu of flowers, donations can be made to PFLAG Cape Cod or WeCan, two organizations Joan did volunteer work for. Visiting hours will be held from 10a-12p on Sat. Oct 29th at Nickerson Funeral Home, 77 Eldredge Park Way, Orleans, followed by a service beginning at noon in the funeral home. A gathering and remembrance (venue to be announced) immediately following the service. Burial is private.
VOIR PLUS VOIR MOINS

Burial will be private