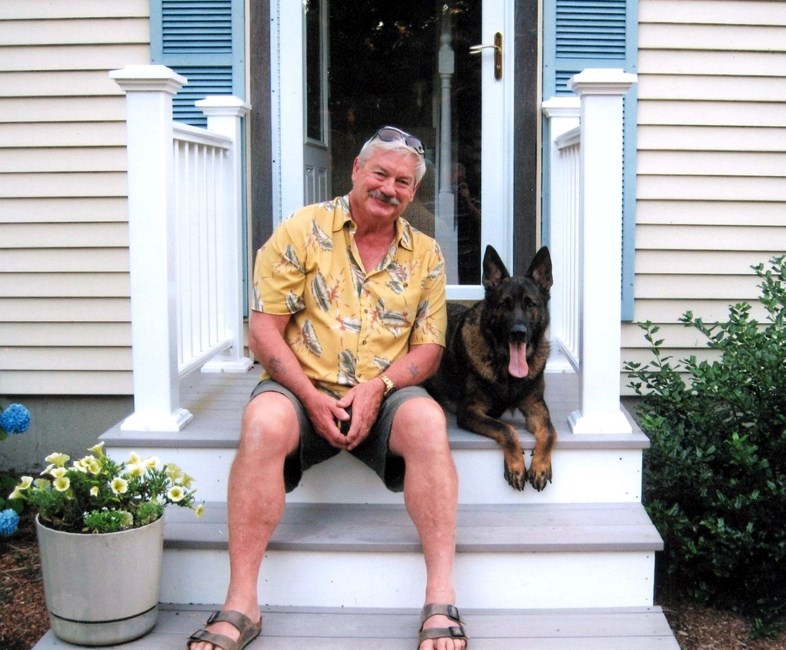 Captain William Franz Strakele, 72, known to all as Bill, of Eastham, MA, (previously Morehead City, NC) passed away on October 13th, 2018 after a short illness. Bill was born in Brooklyn NY and worked for the US Department of the Navy before joining the New York City Police Department. He retired to Cape Cod in the late 1970’s to pursue his love of fishing. He was one of the first saltwater fly fishing guides of the Cape Cod area. The legacy of his love of fishing and the sea has been carried on by his sons. Survived by his devoted wife, Carolyn Kane Strakele; their K9 Companion Schac, his four children, Kimberly, Billy, Joyce, Lucas, and their spouses Gino, Harry, and Dana; their mother Madelynanne Magill of Eastham and his grandchildren Christopher, Anneliese, Miranda, Aydin, and Hadley. Bill is predeceased by his son Sean Strakele, and stepsons Michael and Matthew Kane. Bill is also survived by his brother Robert Strakele, and wife Barbara; nephew Robert and wife Heather, great niece Amelia and many cousins. Bill was also the loving stepfather to Carolyn’s children Carrie, Sallie, Courtney, and his step grandchildren Tom, Amanda, Savannah, Justin, Emmett, Braedon, Flannery, and Great Grandchildren Ava, Sawyer, and Sutton. Family and friends are invited to a Mass to be held at St. Joan of Arc Church in Orleans, at 10:00am on Monday October 29, 2018.
VOIR PLUS VOIR MOINS