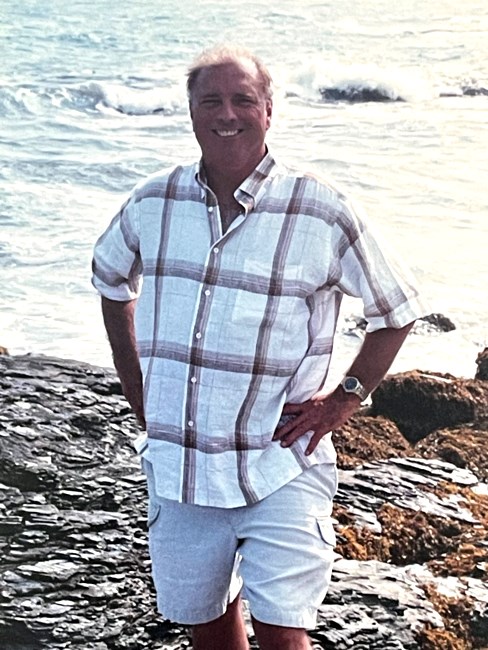 Joseph “Jay” Patrick Dougherty, a resident of Ormond Beach, passed away peacefully at home on May 8, 2022, surrounded by family and friends. Joseph was born to John and Elenore Dougherty on August 15, 1951 in Philadelphia, Pennsylvania. He graduated from Mary Immaculate High School in Key West, where he met his beloved wife Carol. Jay earned his bachelors degree from the University of Central Florida, where he also played basketball. He then received his masters degree from Bowling Green University and finally his doctorate from Stetson University. His passion to educate children and young adults led him to teach for over 45 years. Joseph was a professor of social sciences at Daytona State College and Saint Leo’s University. He and his wife Carol would later establish Halifax Academy and Monarch Academy, local private schools within the community. In addition to teaching, Joseph loved to share his passion for basketball. He could be seen coaching youth for much of his life. Jay had a zest for life and loved traveling with Carol before her passing in 2008. They loved to entertain friends and Jay brought a smile to most anyone he met. He was enamored with his grandchildren and loved spending time with them and FaceTiming those who live far. Joseph is predeceased by both his parents, John and Elenore, his wife Carol, and his brothers John and Richard. He is survived by his brother, Thomas, and children Shamus (Jessica), Brendan (Rosemarie) , Erin (Andy), and Kerry (Paul). He is also survived by his grandchildren Ava, Annabelle, Griffin, Graydon, Finnian, Eleanor and Genevieve. Family and friends may gather from 5 to 8 PM at Volusia Memorial funeral home in Ormond Beach, on Monday, May 16, 2022. The funeral mass will be held at Prince of Peace Catholic Church on Tuesday, May 17, 2022 at 10 AM. In lieu of flowers, the family requests that memorial donations be made to Halifax Academy Sports and Activities, a nonprofit organization to benefit students at Halifax Academy and Monarch Academy. Donations can be dropped off or mailed to Halifax Academy at 275 N. Williamson Blvd., Daytona Beach, to the attention of Shamus Dougherty. Arrangements are under the care and trust of Volusia Memorial funeral home of Ormond Beach Fond memories and expressions of sympathy may be shared at www.volusiamemorialfunerals.com for the Dougherty family.
VOIR PLUS VOIR MOINS