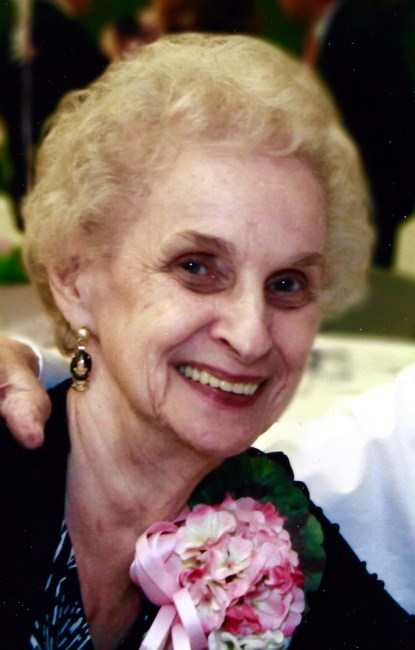 Norma Eleanor Peterson (nee Lindstrom) of Trinity FL passed away January 22, 2022, at age 90. Norma was predeceased by her husband Elman (“Pete”) in 2012 after 61 years of marriage, and by her brother Carl. She is survived by her loving daughter Deborah (Peterson) Olsen of Trinity FL, son David and wife Amy of Wheaton IL, and sister Nancy (Lindstrom) Wojcik and husband John of Peotone IL. Norma is also survived by: Four grandchildren: Kristin (Olsen) Curry and husband Matt, Matthew Olsen and wife Brittany, Brian Peterson and wife Renee, and Curt Peterson and wife Amelia; and seven great grandchildren: Peyton and Bryce Curry, Connor and Carly Olsen, Kingston and Riley Peterson, and Rannva Peterson (plus another one due next month). Norma was born on June 14, 1931, the daughter of Edward and Florence (Krieger) Lindstrom and lived in Miller (Gary) IN, graduating from Wirt H.S., attending business courses, marrying, and raising her family while also working as an administrative assistant in the insurance claims industry. Norma loved hosting family gatherings and was known as a tireless go-getter as both a successful “working mom” in the 1960’s and later and a devoted “sports mom” attending every sporting event of her kids from grade school through college and even serving as a softball coach and avid booster/fundraiser. Her kids and grandkids knew they had an extreme supporter in her. Norma and Pete moved to the Tampa Bay area of Florida in 1980, joining daughter Debbie and other relatives who had also moved from IN. She continued a very active life – as admin support for Pete’s sales rep business, owning a children’s clothing store, serving as community HOA Treasurer, and working as Office Manager for Rehab Works physical therapy clinic, and then part-time, before finally retiring in 2004. Norma managed all this with her sharp organization skills which always prompted Pete to say everything in the house was either “filed or frozen!” She was finally forced to slow down in her later years due to declining health. A private service will be held followed by her joining her husband at Curlew Hills Memory Gardens Cemetery in Palm Harbor FL. In lieu of flowers, the family would ask for consideration of donations to either the American Stroke Association or Dementia Society of America.
VOIR PLUS VOIR MOINS