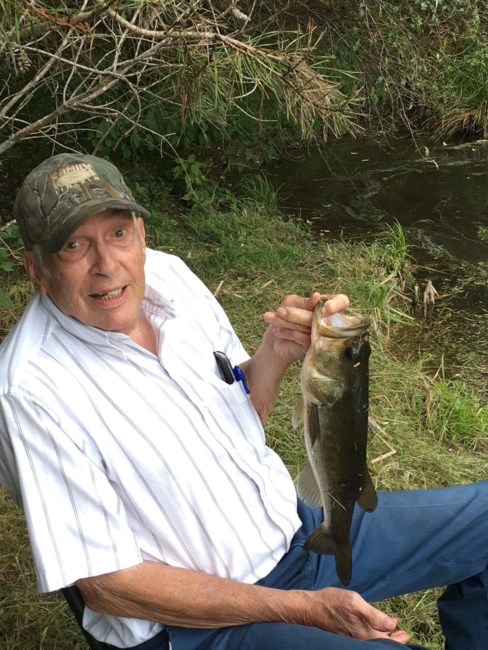 Arlie Keffer, 83, of Parkersburg, West Virginia, went home to be with the Lord on Saturday, July 30, 2022. He was born February 16, 1939, in Gay, West Virginia, a son to the late James and Wilda (Knopp) Keffer. Arlie retired from Kardex after many years of service, where he was also a union leader. He was a devoted member of Landmark Baptist Church for several years, where he started and led the bus ministry, led singing for the congregation, taught in the children’s ministry, and went on weekly visitation/soul winning. He was loved by all. He is survived by his children, Todd Keffer (Adriana) and Jodi Stone; brother, Austin Keffer; sister, Ernestine Mullen; three grandchildren, Todd Keffer II, James Keffer, and Emily Stone; as well as a step-grandchild, Brandon Benoit (Alyssa). In addition to his parents, Arlie was preceded in death by his wife, Evelyn; son, Nick Keffer; daughter, Robin Keffer; and brothers, Alfred Keffer and Auvel Keffer; and sisters, Ellene Lee and Eleanor Miller. Visitation will be held from 5:00 p.m. – 7:00 p.m. on Wednesday, August 3, 2022, at Sunset Memorial Funeral Home, in Parkersburg, West Virginia. Funeral services will be Thursday, August 4, 2022, at 1:00 p.m., with visitation one hour prior, at Landmark Baptist Church. Services will be officiated by Pastors Mike Lamb and Jerry Caplinger. Burial to follow at Sunset Memory Gardens. In lieu of flowers, donations can be made to Landmark Baptist Church missions.
VOIR PLUS VOIR MOINS