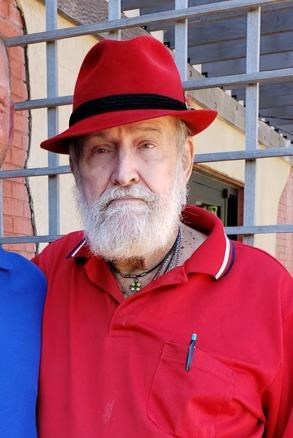 John Elijah Edge IV passed away at his home on September 11, 2022. John was 78 years old and was preceded in death by his father John “Jack” Edge III and his mother Louise Edge. John retired from the city where he worked as a surveyor for over 30 years. John had many hobbies such as building model airplanes, racing cars, showing his Ford Boss Mustang, participating in the St Anne’s Roundup as Cole Younger along side his father, attending Civil War re-enactments as a confederate soldier, and was the Black Knight and King at the Renaissance Fair. John was many things to many people, but boring was not one of them. He loved life and his animals. He is survived by his sons John Edge V, Mathew Edge and wife Kristie, sister Jane Clayton and husband Ron, granddaughter Cheyenne Edge, niece and nephews Michelle Mock and husband Donny, Henry and Scott Sanchez, great nieces and nephews Jack and Abby Mock and Taylor and Brady Sanchez, and Ex-wife Judy Edge. Visitation will be held at Bayview Fisher-Pou Chapel on Saturday, September 24, at 12:30pm with service to follow at 1:00pm. In lieu of flowers, donations can be made to the Pensacola Humane Society. Fond memories and expressions of sympathy may be shared at www.BayviewFisher-PouChapel.com for the Edge family.
VOIR PLUS VOIR MOINS