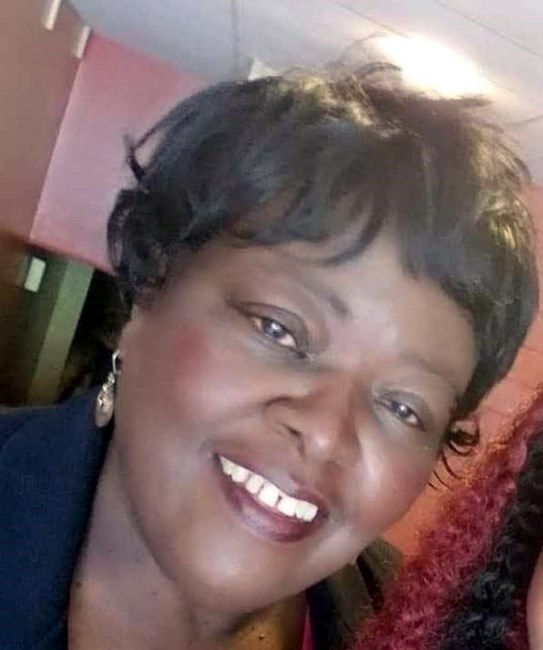 Peoria – Linda Kay Byrd, 63, of Peoria, passed away at 9:00 p.m. Saturday, January 25, 2020 at UnityPoint Health - Methodist in Peoria. She was born on February 8, 1956 in Peoria, a daughter of Jesse Henry and Bernice (Faulkner) Byrd. Surviving is her daughter, Dominique McDonald; honorary son, Jackson Roe of Peoria; four sisters, Shirley Brown of Peoria, Betty Jordan-Henry of Las Vegas, NV, Linda Fay McBride of Orlando, FL, and Pamela Byrd-Moton of Peoria; and five brothers, Eddie “Easy” Jackson and Randy Byrd, both of Peoria, Jesse Byrd, Jr. of Los Angeles, CA, James Byrd of Peoria, and Kenneth Byrd, Sr. of Duluth, GA. She was preceded in death by her parents; and one sister, Annette Robinson-Moore. Linda worked as an early childhood teacher for ICC Children’s Center in East Peoria for 22 years, retiring in 2019. She was a dedicated member of New Morning Star Missionary Baptist Church in Peoria, serving in the Unity Choir, as a Sunday school teacher, and as church corresponding secretary. Linda’s funeral service will be held at 12:00 p.m. Thursday, February 6, 2020 at her church. Pastor Cleveland Thomas, Sr. will officiate. Visitation will be from 10:00 a.m. to 12:00 p.m. also on Thursday at the church. Burial will take place in Parkview Cemetery in Peoria. Memorials may be made to ICC Children’s Center. Online condolences may be made to the family in Linda’s name at www.davison-fulton.com
VOIR PLUS VOIR MOINS