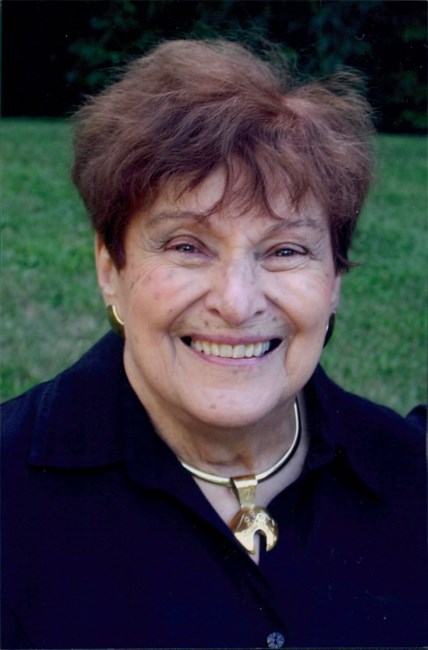 Lore Siefken, 85, of Peoria passed away Wednesday March 30, 2016 at 3:20 p.m. at Rosewood Care Center in Peoria. Lore is formerly from Pekin. Lore was born on January 6, 1931 to Albrecht and Frieda Prignitz in Mechlenburg, Germany. She was one of twelve children. Lore escaped from East Germany with her family after WWII, when she was 14 years old. She came to America with an older sister in 1950. She immediately went to work at St. Ansgar Hospital in Moorhead, MN. Lore married John, who was a student at North Dakota State University on April 12, 1952. She accompanied him to Peoria with their sons in 1956 when he went to work for Caterpillar Inc. and eventually CEFCU. Surviving are her husband of 64 years, John Siefken, and their two sons Carl (Pam) Siefken of Germantown Hills and Doug Siefken of Peoria along with two sisters Helga Buttner and Lydia Helm of Hamburg, Germany. Other survivors are brother-in-law Dr. Mark (Sharon) Siefken of Oaksdale, MN and sister-in-law Soni (Dan) Dillon of Fargo, ND and the joys of her life, grandchildren, Sarah, Megan, Jessica, and Nick Siefken. After 64 years, John believes marrying Lore was the best decision he ever made next to their mutual acceptance of Jesus Christ as their Lord and Savior. Lore enjoyed playing bridge, golfing, dancing and traveling America and Europe. Her most enjoyable trips were when she and John took their grandchildren to Hawaii and Disney World. She often stated that one of her happiest times was when she became a citizen of the USA. She eventually visited all 50 states. Lore spent many hours as a volunteer for the Pekin Hospital League, Proctor Hospital and Family House. At Lore’s request, cremations rites were accorded. She also requested and received private services. Davison-Fulton Woolsey-Wilton Funeral Home in Peoria is in charge of arrangements. Memorials may be given to the Children’s Hospital of Illinois, Redeemer Lutheran Church in Peoria, or a dementia research center of donor choice. Special thanks to Carole Siefken, Tina Orlandi, Shirley Bobier, Kelly Burch, Cindy Poteet, Jordan Perez, Iver Riise, Tom Mansour, Therese Peck, JR Friedrich, Peggy Laskin, Marian McClure, Sandy Benningfield, Inga Wiesehan, Dr. Chris Dickinson, Dr. Matthew Mischler, Sandy Carnes, Lakisha Hope, Michelle Burger, Rev. Ted Benson and Rev. Ron Miller for helping Lore through this difficult period. Condolences and memories may be shared through www.woolsey-wilton.com.