MASKS WILL BE MANDATORY AT VISITING HOURS AND DURING THE FUNERAL MASS. 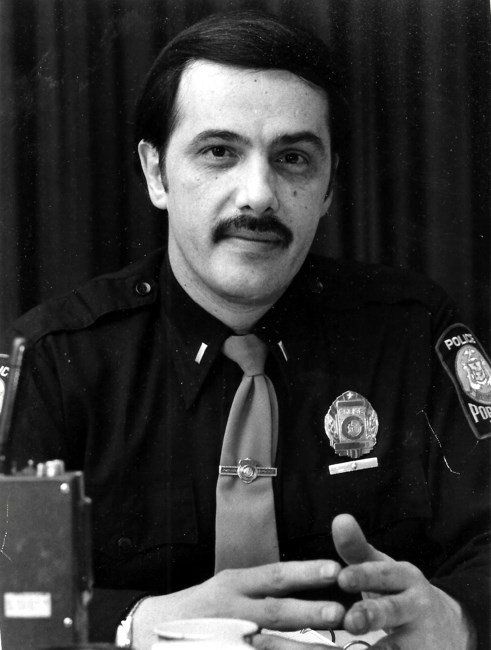 MASKS WILL BE MANDATORY AT VISITING HOURS AND THE MASS. Portland – Edward Joseph Guevin, 75, of Portland passed away on July 28, 2022 with his wife Phyllis by his side. Eddie was born on November 20, 1946 the son of Ronald and Agnes (Foley) Guevin in Burlington VT. He graduated from Cheverus High School in 1965, attended Southern Connecticut State University earning a degree in psychology before entering the US Army and serving in Vietnam. In 1979, he married his wife Phyllis Bryson and together they began to build their life in Portland. After serving his country, Eddie joined the Portland Police Department, which he served for 28 years before retirement as a Lieutenant serving in many roles. Steady Eddie or Easy Ed quickly became nicknames for him, as he would always keep his composure while dealing with any difficult situation that arose. Eddie worked the street beats, working with the crime scene investigation team and worked with negotiations during difficult situations saving many lives in that role. Being a police officer was something that Eddie loved and dedicated his time too becoming a candidate for Chief of Police at one time in his career. In his off time from the force, Eddie opened and owned Video Express on Exchange St in Portland where he met many people. As his business grew, he created the opportunity for hotels and motels to have his rentals machines in the rooms for guests to rent without having to leave their room. Eddie loved to watch and root for the regional sports teams specifically Celtics, Patriots and Red Sox. When he first met his wife Phyllis, they would spend time at the games while she was at school in Boston. Eddie is survived by his wife of 42 years Phyllis Bryson; his brother and fellow officer Ronald A Guevin Jr,; mother in law Frances M Bryson; in laws Cathleen (Bill), Carla, Neil (Terry) and Frances (Al); nieces and nephews Heidi, Shanna (John), Ronnie (Anne Marie), Johanna (Phil), and their mother Ann Marie Guevin; Darin, Donald (Amy), Todd (Ruby), Robin (Keith), Lisa, Thomasin (Brody), and Joe (Stephanie); as well as many great nieces, nephews, friends, and brothers in blue. Visiting hours will be held on Thursday, August 4, 2022 from 4:00 PM - 7:00 PM and a Mass of Christian Burial is scheduled for Friday, August 5, 2022 at 11:00 AM and will be at St. Joseph's Catholic Church, Stevens Avenue, Portland, Maine. A Burial will immediately follow the Mass at Old Calvary Cemetery in South Portland. Those who wish may leave your condolences or memories of Eddie at www.jonesrichandbarnes.com
VOIR PLUS VOIR MOINS