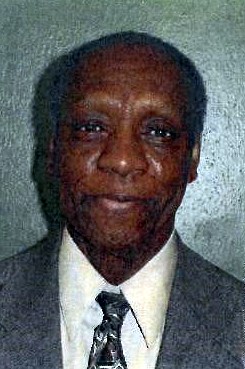 Herman Briggs Jr., was born on December 1, 1939 in Eldorado, Arkansas to the union of Herman and Etta Briggs. Herman was the eldest of 5 siblings. In 1944 the Briggs Herman Family relocated to Portland Oregon. Herman attended Portland Public Schools and he graduated from Jefferson High School 1958. Herman was married to Loreassie Kelly, on January 21, 1961. From this union they were married for 47 years and 3 children were born. Herman enlisted in the United States Army reserves but was changed to active duty on January 27, 1961. During his active status he reached the rank for Sargent E5. After returning from active duty on January 5, 1965 he was able to start his career with the United States Postal Service as a Mail handler. Herman was able to demonstrate that with his great work ethic and sense of humor he could get the job done with a smile. He was able to move up through the postal service ranks and retire in 2000 with the working title of a Non-working Supervisor. When he retired he had more than 43 years for service with the Federal Government. After Herman was widowed he married Shirley Cleveland on January 9, 2009. They were married for 12 years. On Tuesday, September 14, 2021, with the comfort of his loving wife Shirley by his side, Herman was called home. After fighting the good fight of faith and staying the course he claimed the victory through Jesus Christ. His parents, Loreassie Briggs, two sons and one brother William Briggs preceded him in death. Herman leaves to celebrate his life, his wife Shirley Briggs; three children Elder Nolan Briggs Sr. (CA), Mark Briggs (WA), and Erika Chamberlain (WA); six step children Shirl Cleveland (LA), Stephon Cleveland (LA), Lytton Cleveland (LA), Shonda Cleveland Reynolds (LA), Jeremy Cleveland (LA) and Jason Cleveland (OR); two daughter-in-law Annette Briggs, Carrie Dawn Briggs; two son-in-law Eric D Chamberlain and Jonathan Reynolds; 33 grandchildren and 10 great grandchildren; three brothers, Robert Briggs, Richard Briggs and Shawn Briggs; one sister, Brenda Jimmerson; and a host of family members, aunts, uncles, nieces, nephews, cousins, brother-in-laws, sister-in-laws and extended family who will mourn his passing. Mr. Briggs is in the care of Skyline Memorial Gardens and Funeral Home in Portland, Oregon. Fond memories and expressions of sympathy may be shared at www.skylinememorialgardens.com for the Briggs family.
VOIR PLUS VOIR MOINS