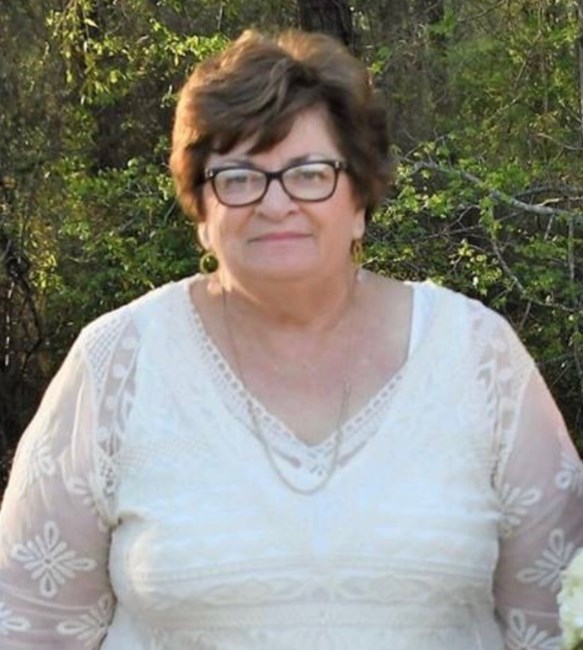 Canton, MS - Carolyn S. Collins went home to be with her Heavenly Father on May 6th, 2022. Carolyn was born on August 24th, 1943, in Anding, Mississippi to Buford and Pauline Screws. Upon graduating in 1957 from Belleville High School in Belleville Illinois, she completed her Bachelor of Science of Education at Mississippi College in 1961. She later began her teaching career in English at Utica High School. Carolyn reached a point in her life where she realized her calling, which was to nurture and provide care for children. She opened her daycare in the late 1980’s in her home and continued her childcare service at Woodland Hills Baptist Academy, Riverside Methodist Church, and Woodland Hills Baptist Church, until her retirement in 2005. She loved and cared for thousands of children throughout her career. Carolyn was an avid reader and a big fan of John Grisham. She loved her flowers, coffee, watching the many hummingbirds in her backyard, listening to her wind chimes, and most of all – loved all seven of her grandbabies. She is survived by her husband of 53 years, David Collins; her three children Michael Collins (Ashley), Stephanie Sanders (Chuck), Amy Gilmer; and her seven grandchildren, Claire Hindsman, Logan Sanders, Cole Sanders, Luke Edwards, Pate Collins, Massa Collins, and Beck Collins. She is also survived by her sisters, Brenda Bramlett and Barbara Oldham, and many nieces and nephews.
VOIR PLUS VOIR MOINS