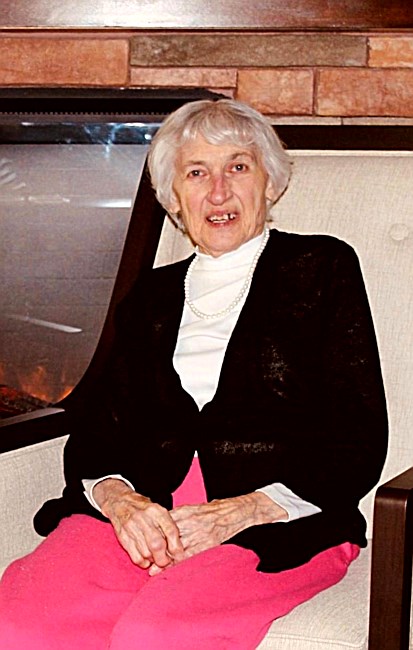 Ruth Louise Beckmann Murray, EdD, MSN, RN, CS, N-NAP, DAPA, age 84, passed away on June 25, 2020 peacefully due to complications of pneumonia and COVID-19. She was born on September 11, 1936 in Wheatfield TWP in Clinton County Illinois to Ferdinand C. and Viola F. Murray (Nee Hilgemann). Ruth is survived by many cousins, dear close family friends, church members, numerous professional colleagues and acquaintances. Ruth received her Diploma RN from Deaconess Hospital School of Nursing in 1957. Her Bachelor of Science from Lindenwood College in 1959. A Master of Science Degree, Psychiatric/Mental Health Nursing - Focus on individual and group counseling & crisis training from Washington University School of Nursing in 1967. Ruth’s Doctorate in Education - EdD from Southern Illinois University followed in 1983. She had many roles as a nurse following her graduation in 1957 as Head Nurse in Psychiatry at Deaconess Hospital. Her subsequent rolls as a nurse were in Surgical Nursing, a School Nurse, an Obstetrics-Gynecology Nurse, Consultant for a Special Education Project in Illinois, plus multifaceted roles as an undergraduate and graduate psychiatric mental-health instructor and Professor where she inspired and guided thousands of nursing students in their professional paths as Nurses. I once told Ruth we could rent a stadium to hold all the nurses and colleagues she had lectured, taught and inspired throughout her nursing career, and it still wouldn’t be big enough to hold all the people she has touched, in some form or another, over her many years in nursing. Yet, this is just a portion of all her accomplishments in her professional career. Ruth held roles such as a Nursing Researcher and Mentor, sat on numerous committees such as Student Diversity, Marketing and Recruitment, and institutional reviews. She has many publications in various psychiatric nursing journals such as Journal of Psychosocial Nursing and Archives of Psychiatric Nursing. She and her colleague, Judy Zentner, co-authored many editions of "Health Promotion Strategies Through the Lifespan", and Ruth went on to update and publish later editions with other colleagues. She presented at several US and International Research Conferences such as her May 23, 1985 session in Harrogate, England on “Guided Imagery: A Method to Promote Health and Manage Stress". Ruth served on many Professional Organizations such as Third District Missouri Nurses Association, Missouri Nurses Association & American Nurses Association, Sigma Theta Tau, International & Delta Lamda Chapter, American Psychiatric Nurses Association, Transcultural Nursing Society and Association of American University Women. Her Honors and Distinctions are vast and began as early as 1957 when she graduated from nursing Magna Cum Laude, 1978 listed in The Worlds Who’s Who of Women in Education, 1989 Educator Award, Missouri Tribute to Nursing, and 1994 Presidential Service Award, 25 Years, Saint Louis University. Ruth was involved in numerous community organizations such as St. Patrick Center where she served as a Member, Board of Trustees and numerous committee roles while there from 2002-2003. She was a member of the Board of Directors for HOPE in 1999-2000, a St Louis Transition Hope House volunteer, American Red Cross volunteer and served with the crisis intervention team in St. Louis Missouri. She was a member of the Audubon Society, Nature Conservatory, Wilderness Society, Sierra Club, National Parks and Conservation, Missouri Botanical Garden, Arts and Education Council, and Amnesty International. She has served in many roles in her life, and one of which, I and my family were lucky enough to be a part of, as were so many others lucky enough to call her family or friend. Myself, and all of you who have been loved by Ruth, will cherish the memories of her profound love, her guidance, and her selfless commitment to us. She was a guiding, loving force that will be missed forevermore. We will miss you Ruth. We will hold you dear, reminisce about our times with you, the love, advice, mentoring, and those strong shoulders of yours that held so many up in times of need. She lived a wonderful life and those who have been honored to know her are better for it. Now that she is residing in God’s Kingdom, let us rejoice by remembering her gracious, loving, giving nature, and her bright beautiful blue eyes. Her tender words of encouragement, and sometimes stern, yet always loving words of concern or advice. Her wish, her prayer for every person on this planet has always been to serve and love one another in the Lord’s Name by donating time or money to those in need, and come together in harmony as one voice in love and respect of one another. And when we get sad, we will remember her favorite scripture – Philippians 4:6,7 Do not worry about anything, but in everything by prayer and supplication with thanksgiving let your requests be made known to God. And the peace of God, which surpasses all understanding, will guard your hearts and your minds in Christ Jesus. We shall announce her memorial celebration at Parkway United Church of Christ in Ladue Missouri at a future date when COVID -19 is not a concern. Memorial donations may be sent to Parkway United Church if Christ, St Louis University School of Nursing ( Murray Graduate Student Scholarship Fund), St Patrick’s Center, Woman’s Place, or other any other choice of organizations you choose.
VOIR PLUS VOIR MOINS