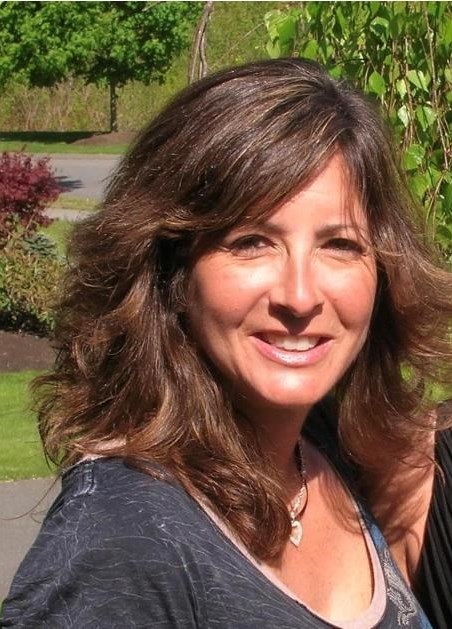 Jody A. (Greenberg) Kallelis- 62, of Topsfield, entered into rest on May 9, 2022. Born in Brookline, she was the daughter of Jack and Helen Greenberg. Jody was raised in Peabody and was a graduate of North Shore Community College and The Bryman School of Medical Assisting. She spent her career in the medical field, starting as a medical assistant at Lahey Clinic in Burlington and then became Practice Manager for Tufts Medical Center’s Department of Cardiothoracic Surgery and later Massachusetts General Hospital’s Voice Center. Jody also volunteered at Hospice of the North Shore visiting and comforting at-home patients. Jody found her soulmate and partner for life at the age of 20, and married Michael Kallelis of Salem at the age of 22. Together they had one beautiful daughter, Jackelyn Kallelis of Topsfield, and several dogs. The most fulfilling job she ever had was raising her daughter to be strong and independent, just like her. Jody and her brother had a lifelong relationship that was stronger than most siblings. She had a take charge attitude that we all marveled and admired, including her firm decisions on how she would battle her disease with such dignity. Jody lived life to the fullest. She loved traveling to warm destinations with her family including the Caribbean, Italy, Spain, Greece, Croatia, and Malta. She enjoyed spending her winters in Fort Lauderdale, her summers on her boat in Manchester-by-the-Sea, and walking her dogs at Wingersheek, Cranes or Singing beach. She enjoyed motorcycling, cruising, golfing, and being on the beach surrounded by friends and family. Jody was a hot ticket. Jody is survived by her devoted husband Michael Kallelis of Topsfield, her loving daughter Jackelyn Kallelis of Topsfield, her cherished brother Robert Greenberg of Sudbury, and her affectionate dog Jackson. A funeral service for Jody will be held on May 13th, at the Stanetsky-Hymanson Funeral Home at 11 a.m., at 10 Vinnin Street, Salem, MA followed by interment at Puritan Lawn Memorial Park, 185 Lake Street, Peabody, MA. As an expression of sympathy, memorial contributions may be sent to Lahey Hospital & Medical Center Gift Processing, Office of Philanthropy, 330 Brookline Avenue, Boston, MA 02215 or https://giving.bilh.org/laheyhospitalmedicalcenter/ways-to-give/ Please indicate that the gift is in memory of Jody Kallelis and to Lahey’s Sophia Gordon Cancer Center Fund. For more information or to register in the online guestbook, please visit www.stanetskyhymansonsalem.com.
VOIR PLUS VOIR MOINS