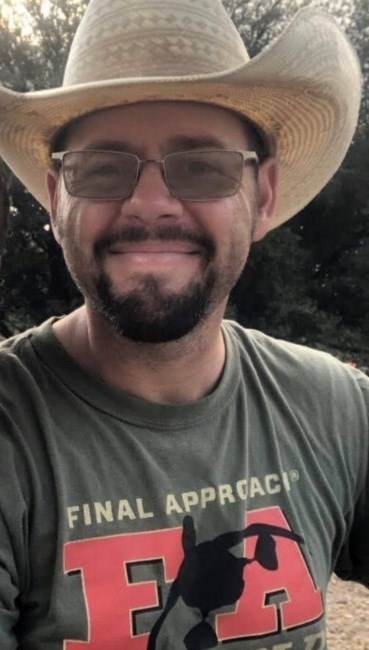 Sergeant Stephen Jones, age 34, of Concho County, passed away on Monday, May 10, 2021 in Eden, Texas. Stephen was born July 9, 1986 in San Angelo, Texas to Doug and Nola Jones. He was homeschooled and graduated in 2005. He later went on to obtain his Basic Peace Officer Licenses from Concho Valley Council of Government. He began his career in Law Enforcement, working for the Concho County Sherriff’s Office as a Deputy. Stephen married the love of his life Rebekah on May 28, 2005 and to this union 5 Children were born. He will always be remembered as an awesome husband, father, son, brother and friend. Stephen had a passion for the outdoors where he enjoyed ranching, hunting and shooting. Stephen leaves behind to treasure his memory, his wife Rebekah Jones; five children, Tyrel Jones, Kimber Jones, Dakota Jones, Grace Jones and Katie Jones; his parents, Doug and Nola Jones; seven siblings, James Jones, Mark Jones, Marie Jones, David Jones, Teresa Jones, Daniel Jones and Sarah Jones; his mother and father in-law, Tammy and Thomas Coder; numerous nieces, nephews, extended family members and friends. The Jones family will receive guest for a time of visitation from 6 O’clock in the evening until eight O’clock in the evening on Tuesday the Eighteenth Day of May at Johnson’s Funeral Home, 435 West Beauregard, San Angelo, Texas. Funeral services will be One O’clock in the afternoon on Wednesday the Nineteenth Day of May at PaulAnn Baptist Church, 2531 Smith Boulevard, San Angelo, Texas, where Full Police Honors will be provided. Interment service will follow at the Eden City Cemetery in Eden, Texas. The Jones family wishes to express their appreciation to the Concho County Sheriff’s Office, Texas Department of Public Safety, all area law enforcement agencies that have done so much, as well as family friend, Chivo and all of the people of the Concho Valley and the West Texas area that lined the route as Stephen was carried back from Lubbock. For those that desire to give a memorial contribution, a bank account has been set up in memory of Stephen Jones at First State Bank of Paint Rock, P.O. Box 247 Paint Rock, Texas 76866 and at Eden State Bank, P.O. Box 939, Eden, Texas 76837 please, make checks payable to the Memorial Fund for Stephen Jones. Words of comfort may be shared with the family at www.johnsons-funeralhome.com. Services have been entrusted to the care of Johnson’s Funeral Home, 435 West Beauregard, San Angelo, Texas, 76903.
VOIR PLUS VOIR MOINS