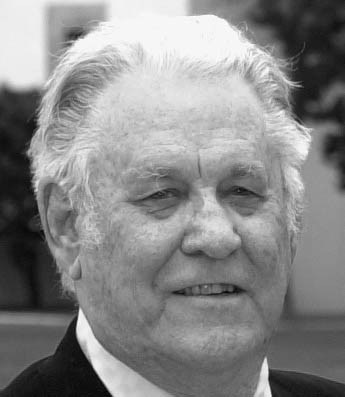 Bill L. Stratton, age 88, was born on January 30, 1923 in Wichita, Kansas and passed away on March 26, 2011. He is survived by his wife, Georgia Ann and his three children, Richard, Cherie and Leslie Stratton. Bill was a larger than life personality who loved aviation. He joined the Army Air Corps, proudly serving in World War II as a bomber pilot instructor. After the service, his aviation jobs included pilot for then Vice-President, Lyndon Johnson. He was a pilot for a number of years before starting a local construction service business, ABC Service Co., with his Uncle Richard Stratton and then wife, Doris, mother of the three children. Retiring after thirty years, he continued his interest in aviation starting the ILPA and creating a newsletter with a membership worldwide. This led him and his loving wife, Georgia Ann to travel around the world. Visitation will take place from 6-8:00 p.m. with a rosary to be recited at 7:00 p.m. Friday, April 1, 2011 at Sunset Funeral Home Chapel. Funeral service will take place at 10:00 a.m. Saturday, April 2, 2011 at Sunset Funeral Home Chapel with Deacon J. D. Jorgensen officiating. Interment will follow at St. Joseph’s Catholic Cemetery in Devine, Texas. In lieu of flowers, please make a donation to the charity of your choice. Condolences may be offered at www.sunsetfuneralhomesa.com.
VOIR PLUS VOIR MOINS