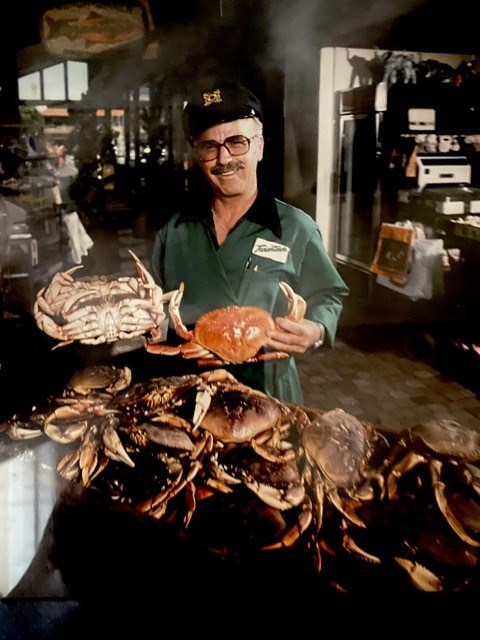 Nick was born in San Francisco to a Sicilian immigrant father Nicola and San Francisco born mother Minnie (Crivello). He leaves behind his beloved wife of 65 years, Marie (Maniscalco) and two loving daughters Sheryl (Kevin Burke) and Gina (Michael Vallée). He truly adored his two grandsons Jack and Scott Vallée. Nick came from a large family, the eldest of six children. He was survived by his sister, Josephine, (Jussie) (Mario Busalacchi), and brothers Anthony (Nino) (Sharon deceased), Danny (Anne) and was preceded in death by Lawrence (Lawdy) (Josephine) and Joseph (Joe). He was also survived by many nieces and nephews, Aunts, Uncles and cousins. Living in San Francisco all of his life, Nick was a proud member of the San Francisco Italian Athletic club, often playing Pedro with his friends, and he and Marie loved dancing at social parties there. Nick was very social, and had many friends, who called him “Hot Dog”. When he wasn’t socializing, at SFIAC or Caesar’s Restaurant, he was a dedicated worker at Fisherman’s Wharf. As a teen, he worked on his father’s boat, the Nicky D, he then worked many decades as a Crab Stand Manager at several restaurants including Castinogla and Tarantino’s. Nick's final resting place is the The Italian Cemetery in Colma, CA. Nick will be greatly missed. In lieu of flowers please donate to Alzheimer’s Foundation or Give2SF COVID-19 Response and Recovery Fund. Rest In Peace.
VOIR PLUS VOIR MOINS