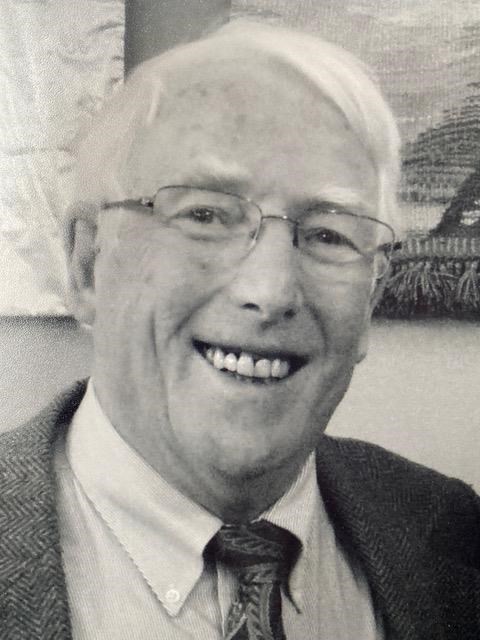 As the sun rose on January 17th, Denis McMorrow saw a great Light as he entered the City of God. Born James Denis McMorrow on November 8, baptized on November 9, 1934 in Cavan Ireland, Denis was the third child and first son of Myles and Anne McMorrow. His father was a Guarda Síochána, “Guardian of the Peace,” which meant that the family was subject to transfers and thus Denis experienced life in several counties of Ireland, beginning in Lanesborough, County Longford. Denis attended Saint Grellan’s Boys School and Saint Joseph’s College in Ballinasloe, County Galway. He sat for a Civil Servant exam and was given employment in the post office of Ballinasloe, and later in Cavan Town, County Cavan. In 1956 he entered Dalgan, a Columban Missionary Seminary and was ordained at Christmas, 1962. After attending the Pontifical Institute in Rome and the Pontifical Catholic Institute in Paris, Denis was sent to Massachusetts to teach at Milton’s Columban Seminary and St. John’s Archdiocesan Seminary. In 1969 Denis began working for Wheeling Corrugating Company. In 1971, he married Patricia Marie Cook of Northfield, MN, who was his constant companion and business partner for the next 50 plus years. In 1988, he established D-MAC Industries in Georgia, from which he never retired! He purchased the Wheeling-LaBelle nail plant in Wheeling, West Virginia in 1997, with the purpose of protecting the employment of second and third generation “nailers.” Denis was incredibly humble, never drawing attention to his own success, but rather reaching out to help others in whatever capacity was required at the moment, be it spiritual or material. He was always ready to give, reluctant to receive, and gracious for time spent with all who were his friends. Family was of the utmost importance to Denis. He cared for us all deeply. His leadership inspired us and his presence brightened our days. He led by quiet example, meticulous in attending to details, salvaging any useful item and giving it new life, including cars, garden beds, bathroom fixtures, kitchen appliances, electrical connections or soles of shoes all in his garage workshop where he spent happy hours in thought, and usually the company of a devoted dog at his leg as well as a pipe or cigar on his lips. He has left a legacy of the joy of fishing in rivers, lakes and oceans with family celebrations. The hope for the next great catch has been shared with his children and grandchildren. All who knew Denis, knew that his Irish wit defined him and though intensely hard working, he was able to keep priorities of relationships at the heart of his life. Even his business was operated under the mantra of family, where he said no one worked for him, but rather with him. He had the ability to cope with the unexpected in his own life and the lives of others, serving as a counselor and confidant to his wife, children, grandchildren and colleagues. He taught us about the challenges of life and the importance of perseverance and resiliency. Like his father before him, Denis served as a guardian of peace in the lives of many. As new days dawn in the wake of his passing, we reflect and celebrate his full and joyful life. With time our tears will be turned into dancing and we look forward to joining Denis (Dad, Grandad, Grandpa, Papa) dancing in the Marble Halls of Heaven. Denis is survived by Pat, his faithful and loving wife of fifty years and their children and grandchildren: Dr. Anne Marie (Rich), Liam, Jenna and Christa Tuohy Dr. Sheila (Eric), AnnaLeigh, Myles, and Sean Jones Daniel (Amy), Lena, James, and Rory McMorrow Dr. Denise (Erik) McMorrow, Eamonn, Gabriel and Niamh Mahone Brian (Brandy), Dominic, Francesca, Arthur McMorrow Andrew (Adriana), Sebastian McMorrow He is survived by his brothers Leo (Roseanne) McMorrow of Austin, Texas, Maurice McMorrow and Sean (Peggy) McMorrow of Dublin, Ireland; sisters Marie McGuinness and Pearl (Patrick) Finnegan, County Galway, Ireland.
VOIR PLUS VOIR MOINS