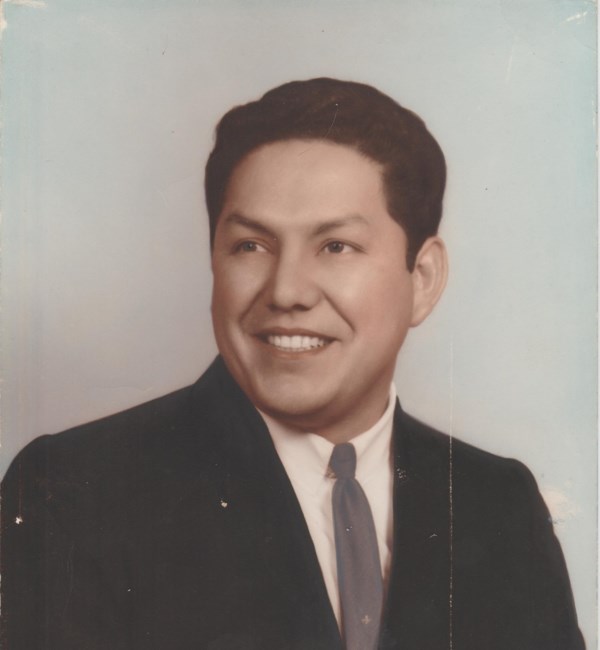 Our dad is very special to us. He had an amazing heart, and a wonderful sense of humor. His pics feature his great smile. For his obituary, I would like to read you his story that he told to my son for a class project, probably 5 years ago: My report is on Rogelio Mendoza. He likes to be called Grandpa. He was born on May 1, 1935. He grew up in a small farm town In Rio Hondo, Texas. He grew up with six brothers (Nicolas, Lupe, Gildardo, Leo, Genaro and Jose) and three sisters (Celia, Mina and Licha). He was the youngest of the children. Childhood As a child, grandpa moved from town to town following the crop season. Grandpa never stayed in one school for very long. He dropped out of school in the 5th grade to work in the fields. He had to drop out of school to help his parents. Grandpa worked in the fields since he was nine years old. Grandpa has a lot of special memories as a child. One of his special memories was shining shoes on the weekends. He used the extra money he would make to buy candy and movie tickets. Grandpa enjoyed being independent. Another highlight of Grandpa's childhood was working in the circus at fourteen years old. Grandpa made popcorn and prepared sodas. The circus offered to take grandpa to New York to work. Grandpa asked his parents, but they not allow him to go. Military Grandpa was drafted by the United States Army in 1954. He was eighteen years old at the time he was drafted. He was a crew member for the guided missile battalion. This was based in Dearborn Michigan. He served in the Army for two years. Grandpa remembers the missile's flying through the sky like a giant rainbow to the ocean. One of Grandpa's favorite memories was hitchhiking from Michigan to Texas. The trip lasted three days. People would buy grandpa food and drinks because he was dressed in his army uniform. During grandpa's three day trip, he road in a hearse with a body in it. Career While grandpa was working on the ranch he learned to do woodwork. It was a skill that grandpa enjoys and this became his career. He was very good at it. My grandpa still enjoys doing wood work. Adulthood In 1959 Grandpa at the age of twenty four got married to his first wife Elsie May Owen and had his first child, Ronald. In 1959, he also welcomed his first daughter Linda. In 1960, Grandpa moved to Santa Ana with his wife and child. In 1964, Elsie and Rogelio welcomed their daughter Debra. In 1969, Grandpa got divorced and bought a house in Santa Ana. Grandpa met my grandma, Patricia and got married. They bought another house in the City of Orange. My uncle Rocky was born in 1972 and my dad, Adan was born in 1975. In the 70s and 80's, Grandpa built the inside of sailboats, restaurants and furniture. Retirement Today Grandpa is retired and still collects money from all the houses he bought. He enjoys spending time with his eleven grandkids and 18 great grandkids. Grandpa draws and does woodwork for fun. Conclusion Grandpa encouraged me to find what I love to do and make that my career. My Grandpa is very special to me.
VOIR PLUS VOIR MOINS