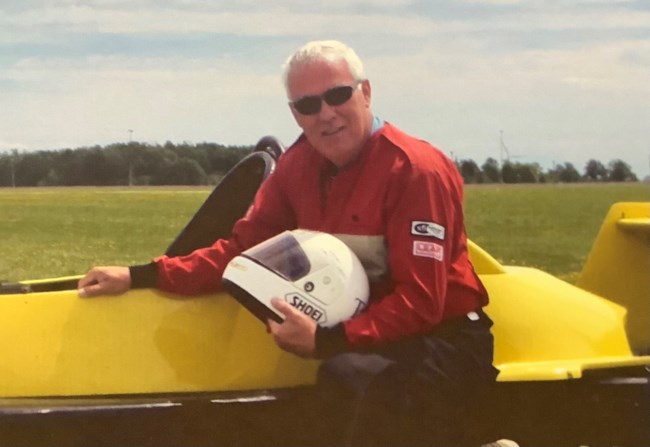 It is with extreme sadness we announce the passing of our beloved Gordon on January 13/2022 at St.Paul’s Hospital in Saskatoon. He was a bright spark in this world and will be missed by many. Gordon was born in Stephenville, Newfoundland July 14, 1953, his parents were Gordon Keating and Bridget Keating (Walsh). Gordon had two older sisters, Betty and Josephine (whom he affectionately called Sam). When Gordon finished high school he wanted to join the RCMP but they told him at sixteen he had to go home and grow up. So off he went to University and became a teacher and taught at Maria Regina School in Port au Port for a few years. Then on October 9, 1973 his dream of becoming a Police Officer became a reality when he was sworn into the R.C.M.P in Corner Brook and then took a flight to Regina to start his training. Gordon had a 34 year career with the R.C.M.P and served in various positions and many divisions including “J “, “B”, “A”, “O”, HQ, Atlantic and Central Regions. Gordon was even hit by lightning while on duty at a murder suicide in New Brunswick and he had the scars to prove it. He retired January 11, 2007 as a Chief Superintendent. Gord married his high school sweetheart October 9, 1975 and they had a loving relationship for over 46 years. On March 25,1978 his entire world changed when his one and only child Jay was born. From that day forward his mission in life was to give love and guidance to his son to ensure Jay had the means and tools to succeed in life. He would always say “ that’s my Job”. After retiring Gord and Jacqui bought a motorhome and hit the road. That was Gords passion, he loved travelling and never stayed in one place too long because he always said “ life is too short and there is so much to see”. Gord had visited every province in Canada and over 35 States. Also travelling abroad to many of the Islands. Life wasn’t all about travel because Gord was blessed with three beautiful Grandchildren whom he loved and adored with all his heart. They had Pops wrapped around their little fingers. They were his world and he was a willing participant in every part of their lives, truly enjoying every moment he spent with them. Gordon was predeceased by his father Gordon and his mother Bridget . He will be fondly remembered and forever live on in the Hearts of the Family that he leaves to cherish his memory : his loving wife Jacqui, beloved son Jay, daughter in law Krista, grandchildren Mackaylynn, Kenzley, Zander and grand fur baby Toby. His sisters Betty (Mike) Corlett, Josephine (Monty) Fudge, sister-in-law Brenda (Roy) Barton, Wayne Williams (Jam Tart). Blessed with many memories of Gordon is his Aunt Cecilia and all the Walsh Family. Gordon also held a special place in his heart for his Uncle Jack and Aunt Jess Keating as well as all the Keating Family in Marystown. “ Go Rest High On That Mountain, Son Your Work On Earth Is Done “. As per Gordon's wish, cremation has taken place and a Celebration of Life will be held on January 22,2022 at 1PM at Mourning Glory - Acadia McKague's Funeral Chapel located at 915 Acadia Drive, Saskatoon SK.
VOIR PLUS VOIR MOINS