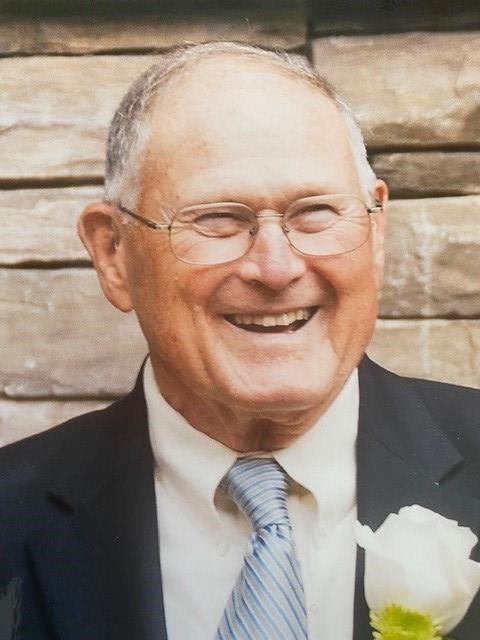 Samuel Ames Davis, 90, of Humarock, Massachusetts, passed away on July 24, 2021, surrounded by his loving family. Sam is survived by his wife Sylvia Izzo Davis, his daughter Margaret and husband Jonathan Warner, daughter Elaine and husband William Bozenhard, son Samuel Jr. and wife Laurel Davis, stepdaughters Allison and husband William Catherino, Ainsley and husband Nick Ramalho, Hillary Baxter, brothers Robert Wesley Davis, and Tilden "Butch" Davis, grandchildren Sage Warner, Jessica, Katherine, William Jr. and Graham Bozenhard, Samuel III and Brooke Davis, Taylor and Matthew Bendus, and a host of loving nieces and nephews. Sam was predeceased by his parents Bessie Belle Ames and Robert Sheats Davis, beloved first wife Katherine Phyllis Giovannucci, and brother Ralph Tilden Davis. He was born in Pennsylvania on March 21, 1931. Bob and Bessie raised Sam and his three younger brothers in Marshfield, Massachusetts. After graduating from Marshfield High School, Sam joined the Navy and saw the world from aboard his ship the Midway, and he enjoyed sharing those memories for the next 70 years. After earning his degree from Boston University, he began a long career in helicopters with Sikorsky Aircraft in Stratford Connecticut. He and his late wife Kay married in 1956 and raised their three children in Oxford, Connecticut, a time he often referred to as “Camelot.” He married his loving wife Sylvia in 1992, and considered himself blessed to have found true love twice in this world. Sam was known for his handsome smile, buoyant optimism, strength in both body and spirit, and really good hugs. His welcoming presence brought joy and belonging to all. He loved motoring up the South River to the Spit in the “Sylvie,” and throwing tennis balls on Humarock Beach for his border collie, Andy. He also enjoyed simply relaxing on the deck of his cherished family homestead, the Dutchess, where he and Sylvia welcomed a wide circle of family and friends for nearly thirty years. One of favorite sayings, as he served you a plate of fresh hotcakes, or tucked you in at night: “Be of good cheer.” Services will be held on Saturday July 31, 2021 at 11 am at Saint Luke’s Episcopal Church, at 465 First Parish Road in Scituate, Massachusetts. Donations in lieu of flowers may be made to the Alzheimer’s Association.
VOIR PLUS VOIR MOINS